At any other country, an island filled with stray cats freely roaming the streets will likely alarm animal control. However, in Japan, such places attract the likes of tourists, instead. In fact, the country is popular for housing several cat islands. 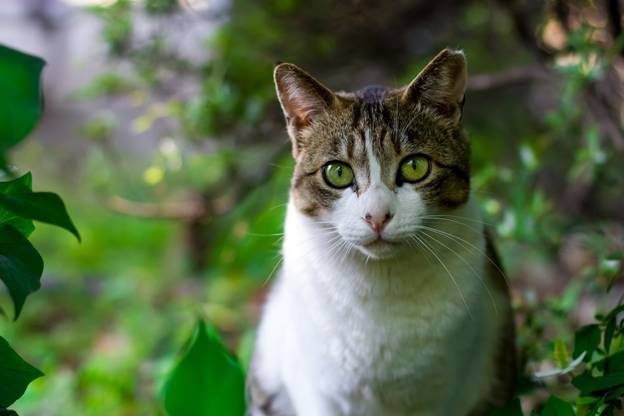 For each cat island, there is a corresponding story that tells of its reason for allowing felines to live in harmony with the human populace. Some regions encouraged the breeding of cats to keep mice away from their valuable food and items, while others considered cats to bring in good fortune, money, or general safety.

Several of Japan’s cat islands have more felines for residents than humans. As such, visitors should take note that a lot of these places are not fully equipped with tourist facilities. A trip to one of these cat heavens usually only requires half a day’s time, or even less.

Tashirojima – The Cat Island of the Miyagi Prefecture

Tashirojima, or Tashiro Island, is located in the Miyagi Prefecture. It is particularly situated in the Pacific Ocean, just off the Oshika Peninsula and slightly west of Ajishima. The little island has a correspondingly small population that comes to an estimated total of 100 people. Not surprisingly, the cats living on this island greatly outnumber the humans, 5 to 1.

It is one of the most popular cat islands of Japan, if not the most. Cats were brought to the island for the sake of pest control during the Edo Period. Back then, the majority of the community raised silkworms to produce textiles. To keep mice from eating these worms, the people relied on cats to chase them away.

The cat population did not die down due to a deep belief the locals had regarding the role of these felines in their lives. Up to this day, they believe that raising and worshiping them will attract good fortune and prosperity into the region. In line with this, residents of the island do not own any pet dogs to avoid conflicts with the felines.

Tashirojima has two villages, namely Odomari and Nitoda. Tourists who want to visit the cat island need to take a ferry ride from Ishinomaki to either port of these villages. Odomari is the smaller village of the two and is located up north, while Nitoda, down south. There are several walking trails and roads that intertwine throughout the island and in between the villages.

Things to do in Tashirojima Cat Island, Japan

Nekokamisama, or Cat Shrine, is situated at the heart of the island, somewhere along the road between the two villages. One of the most important industries Tashirojima participates in is fishing. For years, the island’s fishermen have dedicated most of their lives to care for and protect semi-wild cats within the forests. This stems from the same local belief that cats bring in good fortune.

Their faith in the cats was so true that they would keenly observe their actions and interpret them to be weather or fish pattern predictions. However, while collecting rocks for their nets, one rock fell and accidentally killed a cat. The fishermen decided to bury the cat and enshrine it at the current location of Nekokamisama.

Interestingly, there are at least 10 other shrines and 50 stone cat monuments within the Miyagi Prefecture.

Manga Island is more of a resort than it is an island. This manga-themed resort is located in the southern end of Tashirojima and has several cat-shaped cabins. These cottages feature the artwork of Ishinomori Shotaro, Kimura Naomi, and Chiba Tetsuya – some of Japan’s famous manga artists.

Tourists can visit and stay at the resort any day from April to October, except Tuesdays. Given the popularity of Manga Island, reservations are required at least 2 weeks prior to the trip. Each cabin comes complete with a toilet, bath, and kitchen. There are also campsites available for more adventurous visitors.

Are There Hotels in Tashirojima Cat Island, Japan?

Unfortunately, Tashirojima is among the several cat islands of Japan that are not equipped to accommodate large tourist groups. Other than a lack of hotels, there are also no restaurants within the island. Public toilets, a handful of shops, and a beverage vending machine are available for the convenience of tourists.

Also, there are a few minshukus, or Japanese-style bed and breakfasts, situated around the port of Nitoda. These are significantly smaller as compared to hotels but do provide guests with an opportunity to experience the typical lifestyle of a local resident.

Furthermore, since Tashirojima is not yet built to handle tourism, visitors should remember to bring all their garbage out of the island with them.

The buses that operate to and from the Ishinomaki Station and Ajishima Line-mae bus stop follow an irregular schedule and may cause visitors to miss their ride at the Ajishima Line ferry terminal. Alternatively, tourists may reach the terminal by taking a 10-minute taxi ride that costs 1,000 yen, on average, from the Ishinomaki station. Of course, walking is also an option and only takes about 30 minutes.

At the ferry terminal, tourists can ride a ship to Tashirojima Island and get off at either the Odomari Port or Nitoda Port. A one-way trip costs 1,230 yen per person, regardless of which port the passenger will be getting off at. The trip only takes an hour, max, but there are only three departures available per day.

Aoshima – The Most Sparsely Populated Cat Island in Japan

Aoshima is a cat island located in the Ehime Prefecture that is popular for having the least amount of permanent human residents, with an estimated total of just 15 people. The stray cats easily outnumber the humans, 6 to 1.

Given the island’s situation, only day trips to Aoshima are highly recommended to tourists all year round, regardless of whether it is February or November. The place lacks hotels, restaurants, and even vending machines. As such, visitors should make sure to have water and snacks with them before riding a boat to the Nagahama Port.

Contrary to popular belief, not all cat islands are actually situated in a massive body of water. Okishima, for example, is located in the heart of Lake Biwa, Japan’s biggest freshwater depository. The cat island actually has more residents than Tajishima but is relatively small in size. In fact, the main mode of transportation in Okishima is the bicycle.

Tourists may reach the island by hopping on a boat at the Horikiri Port. There are at 11 trips to and from the cat island per day, Monday – Saturday, and 9 trips per day on Sundays.

Sanagishima is located in the Inland Sea, just off the coast of the Kagawa Prefecture. The cat island experiences a warm climate and very little rainfall throughout the year. As such, the island offers the best conditions for all kinds of cats to live in.

Although Sanagishima’s popularity of being a cat island started increasing more than 15 years ago, the island is still far from being a fully equipped tourist destination. Tourists will most likely not be able to come across any open stores or restaurants during their visit and should remember to bring some water and food with them.

Aijima is located on the northern section of the Fukuoka Prefecture, particularly in the Kitakyushu District. It is one of the easiest cat islands to access, with the shinkansen stop being just a short walk away from the Kokura Port where tourists can catch a boat ride to Aijima.

Aishima is situated in the Shingu District. The island is home to about 500 humans and 100 cats, making it one of the most convenient cat heavens for tourists to visit. It can be reached by a 20-minute ferry ride.

Genkaishima used to be the largest cat island of Japan in terms of population. However, it suffered an earthquake back in 2005 that took a great toll on its community, both felines and humans. Rather than staying down after experiencing a horrific disaster, the cat island continues to move forward and is expecting to regain its population soon enough. Genkaishima can be accessed from the Hakata Port of Fukuoka City.

Other Cat Islands in Japan

Kagarashima is located in the Saga Prefecture. According to legend, a particular dog angered the god worshiped at the Yasakajinja Shrine and subsequently received the full blow of his wrath. The other canines of the island were also driven away by this deity. At present, Kagarashima is not inhabited by a single dog, completely making it a cat paradise.

Iwaishima was originally introduced as an island that would house a nuclear plant back in 1982. However, more than 1,000 of its residents fought against the proposition, which eventually got rejected in 2011, after the tragic nuclear disaster in Fukushima.

At present, the island attracts a significant amount of tourists for its increasing cat population. Iwaishima also hosts a noteworthy festival called Kanmai that is only held every four years. This festival is a traditional Japanese celebration that consists of several boat parades. The last festival was held in 2012.

Manabeshima used to be a famous filming location for countless Japanese movies. It is among the few cat islands located in the Inland Sea and shares the same climate as that of Sanagishima. Tourists planning to pay the island a visit are advised to go to the topmost area to witness and take a photo of a magnificent ocean view. The island can be accessed through the Kasaoka Port.

Muzukijima is famous for two things – cats and oranges. The island produces some of the best oranges in Japan, if not the best. Funnily enough, a big percentage of the cats living in this place are orange-colored.

Enoshima Island is the closest cat island situated near Tokyo. As such, it is a popular destination for both locals and foreign travelers looking to swim, sunbathe, or simply relax their troubles away.

Since the year 1980, the cat population of the island has increased due to people leaving their cats behind. As such, tourists can find them at several attractions, most abundantly at the Okutsunomiya Shrine, one of the oldest shrines of Enoshima.

Tourists are also advised to pay a visit to the Dragon God Shrine, where many locals go to pray for love, be it for themselves, for a baby, or from a husband or wife. On clear days, Mount Fuji can be seen from this place.

Ogijima literally translates to mean “male tree island” in English. As such, it has a female counterpart located a kilometer away known as Megijima. The island is located in the Kagawa Prefecture and can be accessed by boat from the Takamatsu Port, which is a 10-minute walk away from the JR Takamatsu Station.

There are less than 200 human residents and plenty of stray cats on the island. Tourists planning to take a trip to the island are advised to visit the Toyotamahima Shrine, where most of the cats can be seen freely roaming around. The island also has several inns and temple lodgings for visitors who want to spend the night.

Yushima Island is located in the Kumamoto Prefecture, which is famous for having a black bear mascot called Kumamon. This cat heaven has a perimeter of about 4 kilometers and consists of relatively steep terrain. There are only about 500 humans living on the island among many more stray cats.