The word "Seiyu" or sometimes "Seiyuu" is a term to describe people in Japan who have careers in voice acting. This is a kind of job that purely involves the voice. Although the person is not using their bodies or faces in acting, these people are still considered as actors.

The word was originally derived from the kanji version “koe no haiyu” and was shortened into seiyuu for easier recall. It is also much easier to remember the term seiyuu compared to its original long form. Since seiyuu involves voice overs, voice acting, and dubbing perhaps the pronunciation of the word is also important. The term seiyuu is actually pronounced as se-i-yu instead of say-you. A stronger emphasis on the “i” sound is important.

For those who are wondering why voice acting can be quite harder than normal acting. It is usual for actors to use actions and facial expressions to express emotion. However, a voice actor or a seiyuu uses only his or her voice to express a feeling. This is much harder because there must be a distinct difference between joy, sadness, surprise, anger, and all other range of emotions involved in telling stories.

The intensity of the voice, the pitch, and even how much it quivers can determine the success of a seiyuu in expressing the correct emotion depending on the story which is being told. The term seiyuu can also be interchanged with the acronym CV which directly means character voice. The latter is a common western equivalent of the seiyuu.

History of the Seiyuu

The birth of the seiyuu happened only after the popularity of the radio soared in Japan. Before then, people did not need anyone creating voice-overs or dubbing except for narrating stories in the theater. However, even in earlier forms of theater, the popularity of voice actors was not widespread.

It was in the 1920s when the first set of seiyus created voice-only performances and dramas on the radio. During the Second World War, the popularity of the seiyu became even more widespread as the radio reached the peak of its importance and popularity.

During the 1970s, when manga had begun being transformed into anime, the advent of voice acting came rushing rapidly. At this time, directors needed to hire actors to use their voices to give life to animated characters. However, during this time actors and directors were hired to use their own voice in dubbing. The seiyu was originally used to fill in sounds from the environment, or from other minor characters in the anime production. At this time, they were not considered as actors. This is why older generations of voice actors found it quite offensive to be labeled as seiyuu.

Soon enough, people started enjoying animated versions of their favorite comic. They experience more emotion and find it much more enjoyable to listen to other voices finishing the story. Since then, the popularity and importance of voice actors in Japan became even more evident.

Different Uses of the Seiyuu

Seiyuu in movies and TV shows

Movies have a variety of important elements which includes cinematography, settings, costumes, and acting. It is quite enjoyable to see a story being played out that to simply listen to it being told. However, there are a number of movies and TV shows that include voice actors in their cast. These are people who do coverage on telling the narrative of the plot. Sometimes, they are used to voice backgrounds in game shows or translated dubs for foreign shows.

Up until today, the presence of seiyu in Japanese media is just as important as it was decades ago. It is just a matter of learning to appreciate the art and beauty of voice acting.

As anime popularity started to boom not only in Japan but internationally as well, thousands upon thousands of animated films and series had been developed through the decades. There are production studios established entirely for the production of animated products. It is so popular that nowadays there is animation used not only in entertainment but also in advertising and marketing as well.

What is interesting about this is that it is common for a single voice actor to give life to multiple characters in just one show. For instance, there are female voice actresses that do voices for the main male characters of the anime. A person’s voice can become feminine, masculine, young, old, or more depending on the need of the character. All this is dependent on how talented a voice actor can become. The more flexible they are, the more popular they become in the industry.

Just like how important seiyuu is for anime, voice acting also has the same importance in video games. The only difference between voice actors in video games and in anime is the fact that there is minimal work to do for video games. Usually, voice actors just record simple and short expressions that avatars in the game will repetitively say unless what is being recorded is a narrative of the game.

Although radio dramas are not as common nowadays with the advent of visual media, there was a time in Japanese history when radio dramas were the most popular forms of entertainment. During the 20s up until the 70s, before television was accessible and affordable for many, the radio is one of the only past time people had.

Usually, the shows are recorded live and there are songs sung live (until records had been invented). Radio commentators for sports events were also very special careers at the time. Other than the fact that the seiyuu needs to create a wide range of emotions to play a character, they also need talent in creating other sound effects like footsteps, horseback riding, cars, and other interesting sounds that can make their radio dramas more believable. There are still a few broadcasting stations in the world that record radio dramas, but they are not as elaborate as it was during its golden age. 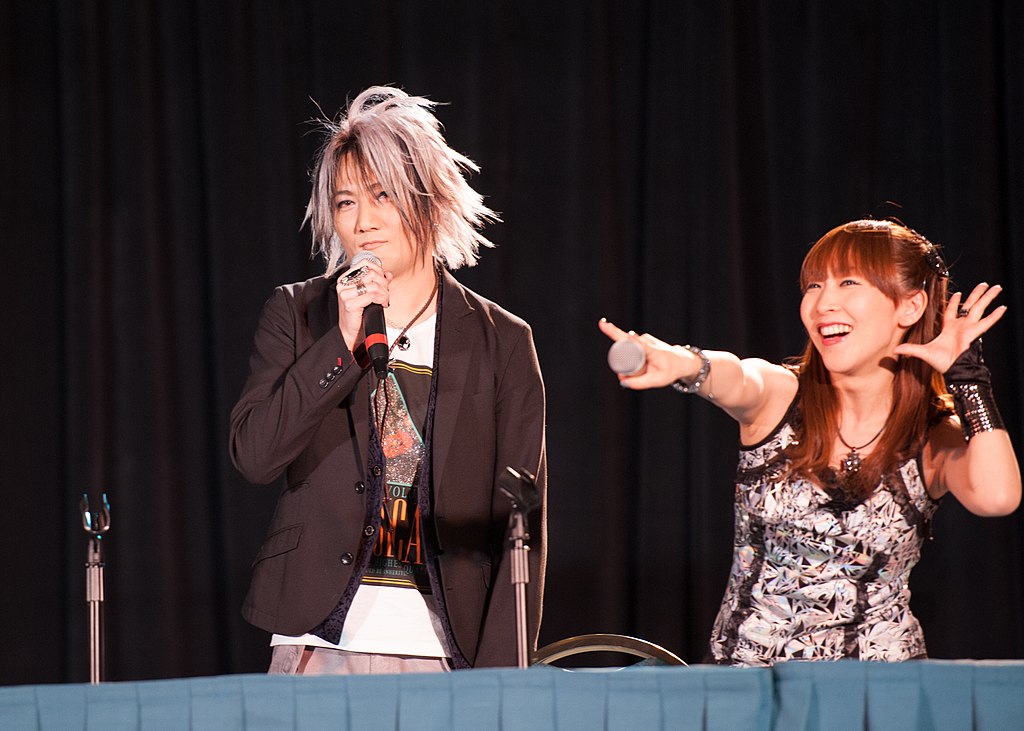 Another place where seiyus are quite popular is through puppet shows and other theatrical productions. They are usually used to portray characters, pretty much like in anime and video games. Although this is not as common as those earlier described, this is still one of the important roles a seyu can play as it shows the versatility and flexibility of their talent.

Her most popular role was Edward Elric in Fullmetal Alchemist. She had been in a number of famous shows. The versatility and flexibility of her voice had allowed her to play both boy and girl roles. She can play deep serious voices and cute girly voices as well. This had made her quite popular in the industry and she is still considered as a part of the Top 100 Voice actors in Japan.

Dubbing in English is not too common for many of Japan’s seiyuu, but this woman is an exception. Usually, dubs of a foreign language are done by local voice actors where the show is going to be played. However, there are a few shows where Sawashiro took the part of voicing in English. Among her most popular roles is Kurapika in Hunter x Hunter and Sturluson Celty in Durarara!!

There are very few men in Japan that play both the roles of men and women in anime. Usually, it is more common to find voice actresses to voice male characters and not the other way around. This particular actor has that kind of versatility and has won him numerous commendations. Among her popular roles include Takasugi Shinsaku in Bakumatsu Rock.

One of the old-school voice actors of Japan, she is one of the most famous seiyus of all time. She started voice acting in the 1960s when she was just about 30 years of age. Even at the ripe age of 80 years, she is still quite active in the acting industry. Among her, most famous roles include Son Goku, Son Gohan, Son Goten and Bardock in the Dragon Ball series. This particular show had surely sent her career skyrocketing.

He is quite new in the industry but that did not let him become the bottom of the barrel. This young lad won the 2009 Best New Actor award. Among his most popular roles include Alibaba Saluja in the anime Magi and Eren Jaeger in Shingeki no Kyojin. Since his win in his rookie years, broadcasting agencies were impressed and roles started streaming onto his door.

It was in the 1940s when the first sets of training centers and academies were established to formalize education to become a professional seyu. Since careers in radio and broadcasting were very important and popular at the time, people took training to become a voice actor or voice personality quite seriously. The first training program offered for voice training was the “Tokyo Central Broadcasting Channel Actor Training Agency”. It was established by NHK, one of the main broadcasting companies in Japan at the time. At this day and age, there are thousands of training facilities that offer professional training for voice actors not only in Japan but all over the world. Among the most popular is Troupe Himawari that provides theatrical training for young voice actors. Other famous agencies are 81 Produce, I’m Enterprise, Across Entertainment, Production Baobab and more. Both 81 Produce and Production Baobab had been in the industry for decades.

An annual recognition ceremony held in Japan, this is the largest awarding body that recognizes the most talented voice actors in Japan. The awards show usually gives commendation for outstanding performances from voice actors in a variety of media. It was established in 2007 and this year marked the 11th year of the awards ceremony.

Since most voice actors are quite talented at what they do, there are some who become crossovers of actors to singers. There used to be popular seiyuu artists that are now very successful singers. This is why there had been a surprising boom in the seiyuu industry. In every year, there are hundreds of meet and greet events held in Japan alone. Sometimes, there are even concerts and shows provided for the fans. There are workshops, training events, and even job fairs for aspiring voice actors.

This is a manga turned animation that revolves around the life of a 15-year-old young lady whose biggest dream is to become one of the most famous voice actors in the country. The problem is that she does not have “the voice” to meet the criteria.

This is a webcomic which revolves around the lives of a group of voice actors who are working at the CRUSH agency. What makes this manga quite popular for a lot of readers is the plot twist that not only are the voice actors working on a show that has gay-love, there are interesting love interests between some of the male characters as well. Since it tackles very sensitive topics and can be quite sensual at times, it is best to ensure the safety of children by not letting them read or use the comic.

This, compared to the first two, is a downloadable game focusing on the life of a young voice actor who aspires to win the Best Actor award in the Seiyuu Awards. Some age restrictions though because the game can get quite sensual and is not recommended for young users.