The Japanese Kabedon: is it romantic or is it offensive?

About the Kabedon Meaning and Origin

The word "Kabedon" literally means hitting a wall. It is derived from the combination of "Kabe" which means wall and the word "Don" which is used to describe an object hitting something. However, kabedon in literary works does not mean that an object is hitting a wall. It is the act of a man pinning a woman to a wall. A lot of readers and viewers are often quite ecstatic whenever they see the kabedon in their favorite shows or comic. So there are a lot of reasons why.

In Japanese media, the kabedon is a very popular means of expressing romantic love or adoration. It is done by a man hitting his hand on a wall, pinning the woman in the process. Perhaps this is where the don becomes useful. Often times, a man does this out of jealousy, anger, or sometimes flirtatiousness. In some rare cases as well, the kabedon is used to express deep anger and frustration. This is when a character, regardless of gender, hits a wall out of anger. The wall is then severely and exaggeratedly damaged as a comedy aftershock.

Japanese courtship and other dating rituals

It is common for Japanese to be a match made if they do not meet the love of their life at a certain age. Because of this, courtship in Japan is very formal and serious. Often times, it begins with swapping numbers, email addresses or even business cards. It is rare to meet some stranger randomly at a certain place, often times these are blind dates which are arranged by family members or friends.

Often times, during a date or courtship, a woman is often demure. It is strongly frowned upon in Japan to see women who are too forward. There are cases as well when men find it intimidating to see women who take the lead on dates. Interestingly as well, one of the main highlights of courtship is to show that the man is capable of financially sustaining a family in the event that they do end up together. There might be a few snippets of his career or salary during conversations – as an assurance that he is financially capable. This is not seen as bragging in Japan, it is actually considered as a common courtesy in dating.

Since most dates are arranged by friends and family, a person usually needs to save face. Both parties are usually at their best look and behavior during the first couple of dates. This is to ensure a proper introduction and a seamless first expression. 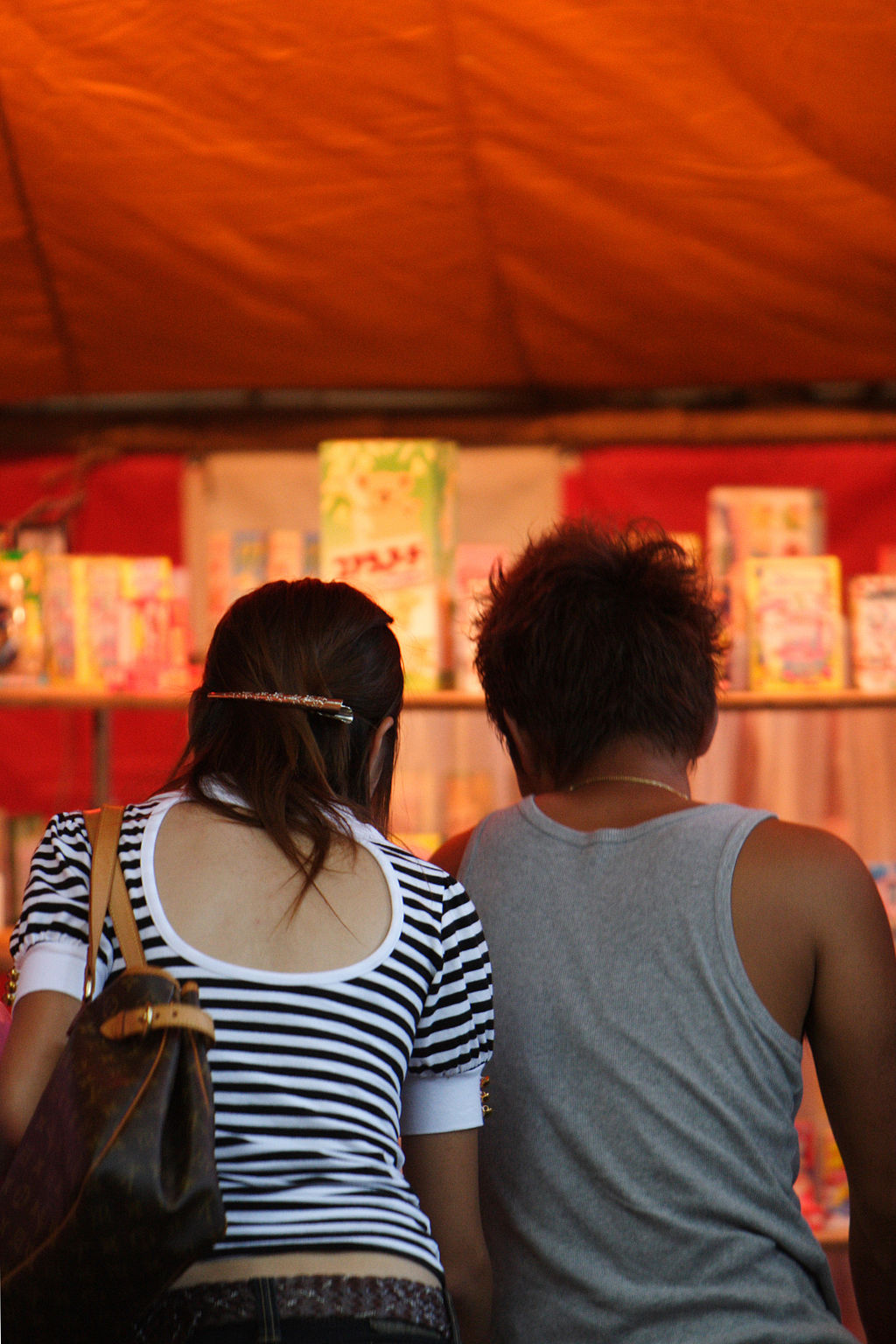 As for physical intimacy, there are places in Tokyo known as Love Hotels where couples often go. Some people go there just to keep away from the hustle and bustle of the outside world and keep a small bubble just between two persons. However, it is good to remember that physical intimacy plays late into the dating game and is seen to hurt the relationship if done too soon.

Different seasons of love in Japan

Romance can be felt and seen at almost any time of the year and it does not only happen during Valentines. A lot of people find the rainy seasons of June and July quite romantic because of the unintended physical intimacy of sharing an umbrella with a love interest. The summer season of August and September are also quite romantic because this is the part of the year where a person can be carefree of running through fields, climbing trees, riding swings, and more. These are common “romantic bonding activities”.

Of course, nothing beats the romantic beauty of fall. The merry months of October and November are sure to bring warmth to the cold air as the beauty of falling leaves gives a special color to the relationship. The red and orange hues of maple leaves during this time is one of the most awaited romantic events of the year. A short walk under the falling leaves, while cuddling under the cooling weather – what beats that?

The winter season is a time of beauty and purity. The merriness of the coming holidays is sure to bring a cheer to any relationship. There is always a celebratory mood everywhere – in malls, restaurants, schools, parks and more. There are special winter illuminations held every year as well as a celebration of winter. This is a cool and unique way to date.

The spring season and its beautiful colors are sure to bring wonder to anyone’s eye. With the warming air and fresh wind – who will not fall in love?

Learning to distinguish the Kabedon pose

Often times, kabedon is expressed with the use of a single hand. A hard hit on the wall to pin a girl to the wall without any physical contact is a good way to go. This is often seen as romantic and very cheesy. However, some characters want to go a little bit more extreme. They want to express their strong desire for the girl and ensure that they will not be able to resist their grasp. They do this with the use of two hands hitting a wall. This kind of kabedon shows stronger passion and desire.

More like a parody, there are kabedon positions and poses that use one leg up with hands on the wall. This is seen as less romantic and more comedic because of the awkwardness of the position. This is actually a means of parodying the kabedon trend.

Some puns and jokes on kabedon include other more otherworldly positions. There are kabedons that use two legs and two arms. There are kabedon poses for animals and humans. There are also illustrations and photos of two animals doing a kabedon hug. All these are deviations of the “romantic” kabedon and are used as parodies to the gesture.

Kabedon in Anime and TV Shows

There are two expressions of kabedon in anime, manga or TV drama. The first is through the Shounen Kabedon. This involves a person randomly hitting a wall out of anger, frustration or fury. Often times it is used to show comedy or terror in the story. This is regardless of gender and it is not often seen as romantic.

The other expression of kabedon is through the Shouji Kabedon. This is the romantic kabedon where a woman is lightly pushed into a wall out of the anger, jealousy, or passion of a man. This is often seen as romantic in many cases because of the many things that a kabedon entails.

Why do girls find some gestures romantic?

In most literary works, like anime, manga, or TV shows, a man’s expression of the kabedon is a sure sign that they are getting wildly serious about their love interest and their relationship. This is usually the time when the guy will finally tell the girl about their true feelings.

Most often than not, the main male character is always a tough guy who is pretty cool. He usually has a lot of followers and girls idolize him. Then, girls are always depicted as simple, shy type ladies who would change the life of the cool tough guy forever. This is the Shoujo manga formula, and viewers are already expectant of what will happen next after a kabedon – happily ever after.

Most girls find these kinds of gestures romantic because there is a sense of power given off by the boy. There are some girls that like to be swooned and swept off their feet by responsible, mature men. And there are some girls that prefer men who are slightly more dominant than they are as it may show leadership and responsibility. A man towering over a woman without using force and without physical contact is a good way to establish a slight dominance with a hint of physical respect.

Romantic gestures don’t always have to be elaborate to express one’s, love. It could be as simple as tying their shoelaces once in a while or holding their hand. Sometimes, the mere act of holding a door for them is a good gentlemanly gesture. Why not give them a nice treat every Valentine’s on February? Why not cozy up during the cold months of December and January? It might be a good idea to take a girl on a cherry blossom festival during the spring months of March, April, and May.

A lot of people say that romantic gestures are a good sign of having a good relationship. This is a simple expression of love and affection towards another person. Also, it’s not always the girls who have to swoon. Sometimes, men have to be swept off their feet as well. Cook them breakfast, drive for them sometimes, wake them up in the morning – these are some simple everyday romantic gestures that can make anyone smile.

How to protect self from unwelcome Kabedon?

The thing about this is that Kabedon happening in real life is not always romantic. What if a stranger does this to an unsuspecting woman? It would not only be creepy, some would even consider it as catcalling or sexual harassment. The good thing is that kabedon does not happen that often in real life. Japanese men are quite respectful of their women. There are also social etiquettes that would prevent men from doing this to women that they do not have close relationships with.

If It does happen in real life and it is definitely unwanted, it is a good thing to know how to protect one’s self. The first thing to do is to talk to the person and directly tell him that the gesture is unwelcome. It might be a good thing to do this first before actually resorting to violence. If the person does not heed to the request to step away, then it might be a good idea to know some self-defense techniques. For instance, put one’s palm at the bottom of the chin with fingers facing the mouth of the attacker. Then, using the bottom of the palm, push the person away effectively. This is one of the easiest ways to protect one’s self.

The view of today’s youth to dating and marriage

There are a number of studies that show that the younger generation of Japanese do not value marriage as their ancestors have. There are a significant number of individuals who wish not to be in a serious and committed relationship such as marriage. This may be due to a variety of reasons.

For instance, a lot of the younger generation today are more focused on their career than their personal lives. They spend their days working and building up a good career path and spend too little time finding someone to marry. A lot of people as well consider marriage as a hindrance for their careers. The empowerment of women in Japan’s modern society has pushed them on a higher scale in the financial and career ladder.  A married woman cannot be seen spending too much time at work and too little time for their family. There are just some taboos that are hard to get away from. 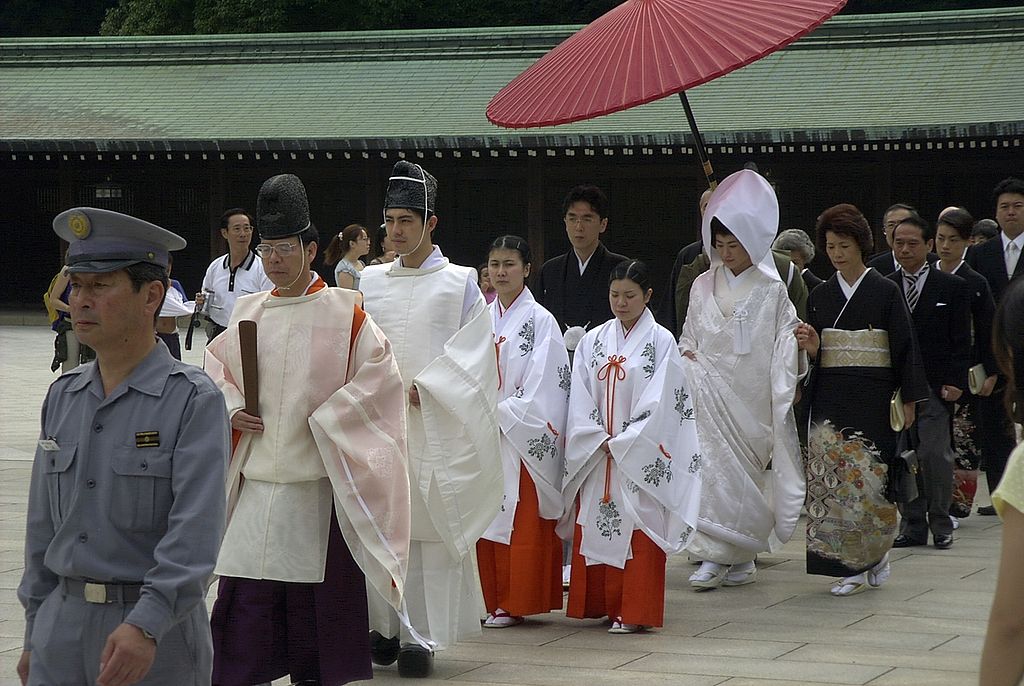 Another reason why a lot of the younger generation of today do not wish to get married is the fact that they see the wide occurrence of separation and divorce in their parents. If they think that their committed relationship will only end in a bitter divorce, they would rather not have any of it. Some children have been victims of unhappy splits and they have seen how this affected their lives as they grew up. Out of fear of this happening to their own children, they would rather not have a family at all.