Matsutake: The Most Loved Mushroom by the Japanese

There are certain types of ingredients that, when added to a dish, makes all the difference in the world. It may be due to their aroma, their taste, or how they are prepared, but these ingredients are sought after by various chefs all over the world in order to create magnificent dishes that would make the consumers close their eyes because it is just that good. Among the many ingredients that make a difference in a dish, mushrooms can have a significant impact.

There are many kinds of mushrooms that are used for certain types of delicacies or cuisines. An example of a mushroom that is highly popular in some countries is truffle. Usually used either as an ingredient or as oil, truffles are loved by many due to its distinct taste and the aroma it gives to the dishes. However, in Japan, probably the most loved mushroom of all is the matsutake. 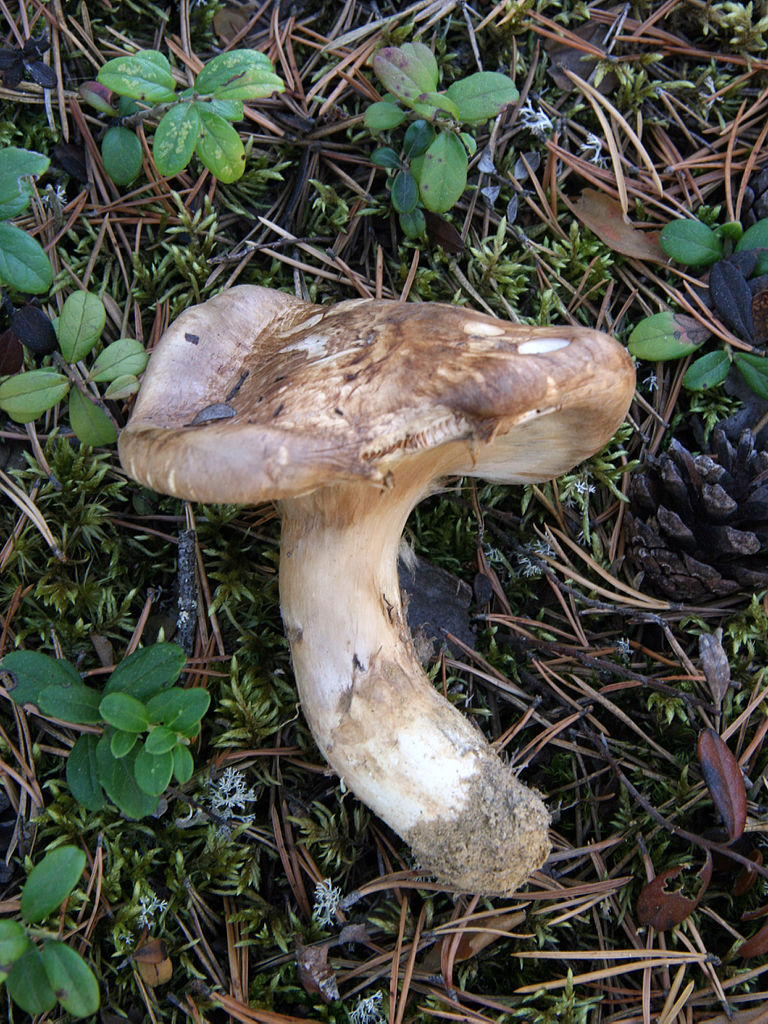 Also known as pine mushrooms, matsutake is the common name for a mycorrhizal mushroom that can be found in Europe, North America, and Asia. It is a highly sought-after mushroom. Especially prized in countries like China, Korea, and Japan, these mushrooms are essential in their cuisines due to its distinct spicy-aromatic aroma.

Under scientific classification, matsutake falls under the kingdom of fungi, division of basidiomycota, class of agaricomycetes, order of agaricales, family of tricholomataceae, and genus of tricholoma. Its binomial name is known as tricholoma matsutake. Its mycological characteristics include gills on hymenium, convex cap, adnexed hymenium, stipe that contains a ring, white spore print, and mycorrhizal ecology. Obviously, the mushroom is edible though it is, of course, by choice.

For those people who are unaware how matsutake is grown, the mushroom naturally grows under trees. Typically hidden under duff on the forest floor that does not contain any non-symbiotic trees such as broad-leaved trees, this type of mushroom only symbiotically relates to roots of a small number of tree species. Various countries grow matsutake, such as the United States, China, Laos, Finland, Korean, Canada, Sweden, and, of course, Japan. In the Land of the Sun, this mushroom is generally linked with the Japanese red pine.

Even though it is considerably simple to harvest matsutake mushrooms, they are still quite rare due to their specific requirements for them to be able to grow. The appropriate forest and terrain wherein the mushrooms would be able to grow in is also rare. Furthermore, there is the competition between humans and wild animals, such as rabbits, squirrels, and deer, which feed on these mushrooms when it is time for harvest. In Japan, the local production of matsutake has decreased over the last 50 years because of the nematode Bursaphelenchus xylophilus, which kills pines. Hence, matsutake mushrooms are incredibly expensive.

At present, the annual harvest of these mushrooms in the Land of the Sun could not even reach a thousand tons. The supply of this mushroom in Japan is largely composed of imports from Korea, China, Northern Europe, and the North American Pacific Northwest. While it is generally expensive to purchase matsutake in Japan, the price depends on factors such as its availability, origin, and quality to name a few.

Due to the rarity and expensiveness of matsutake, it is important to know how to properly choose, clean, cook, and preserve these mushrooms to ensure that they do not go to waste. The harvest for matsutake typically begins around the end of the month of September and ends in the middle of the month of November. Mushrooms that consist of an even plump stem and that measure around 6 inches long are considered the highest grade.

Another factor that is more important than the size of the mushroom is its cap. The highest grade of matsutake should have its cap still closed. Should the cap separate from the stem or the gills start showing underneath, the value of the mushroom may decrease by up to a third of its value. The origin of the mushroom also partially dictates the price and quality of the mushroom. It is said that the best and most expensive matsutake mushrooms come from the bottom of red pines that are grown in the Tamba region located just outside of Kyoto. Imported mushrooms are much cheaper compared to the domestically harvested.

Based on a law in Japan, people are required to wash the dirt of matsutake prior to selling to the public. However, this dilutes the aroma and taste of the mushroom; thus, decreasing its value. Hence, most people prefer mushrooms that were domestically harvest. In addition, freshness plays a factor when it comes to the texture of the matsutake mushroom.

The proper way to clean matsutake is by removing any soil attached to the mushroom with water, ensuring that the underside is spared from soaking. A mushroom brush may be used to clean the top and stem of the mushroom as they are normally smooth. On the other hand, trim and discard the bottom of the stem as it is typically impregnated with soil.

Matsutake mushrooms are often associated with the fall or autumn season. With its pine-like earthiness, these mushrooms complement the earthy feeling of the season. Aside from that, the scent of matsutake is unlike any other mushroom. The smell contains a hint of cinnamon, indicating both spicy and fruity aroma, which is what makes matsutake unique from the rest of the other popular fungi.

There are various way to cook matsutake. An option would be to marinade matsutake in a combination of soy sauce, sugar or dry sheery, and bland oil that is of good quality for about 10 minutes or so. After which, they are ready to be roasted on a grill until they reach a golden brown hue. Then, they are ready to be serve, along with the main course.

These mushrooms work great with dishes that contain chicken broth or are stir-fried. As the mushroom is firm and chewy, it is suggested that matsutake be cut into small pieces. The flavor it gives is unique, with it being spicy but not really peppery. The mushrooms also blend well with fish and seafood. Furthermore, matsutake can be frozen for a full year without losing its original zesty flavor. Whether fresh or frozen, these mushrooms can be used interchangeably in almost all recipes.

On the other hand, matsutake does not blend well with any kind of cheese. Hence, even a dish such as risotto would not turn out well with this mushroom if the dish is combined with cheese. Trims from the stems and caps of the mushroom may also be preserved as they are still powerful enough to infuse any kind of broth.

To optimize both the aroma and the flavor of matsutake, it is recommended that these mushrooms be cooked on high heat in a sauce pan prior to adding them to any dish. Through this, one can get the richness of the flavor of matsutake. One thing that would also not mix well with these mushrooms is any kind of cream. Instead, opt for a clean and bright dish when cooking with matsutake, preferably those with vegetables.

Preserving matsutake is simple. Simply freeze them and the mushrooms can last for up to a year. Do not let the mushrooms dry as the flavor may decrease. Instead, slice or dice these mushrooms prior to freezing. Even with whole mushrooms, simply wrap them in aluminum foil and place them in a plastic bag before putting them into a freezer.

How and Why the Japanese Love Matsutake Mushrooms 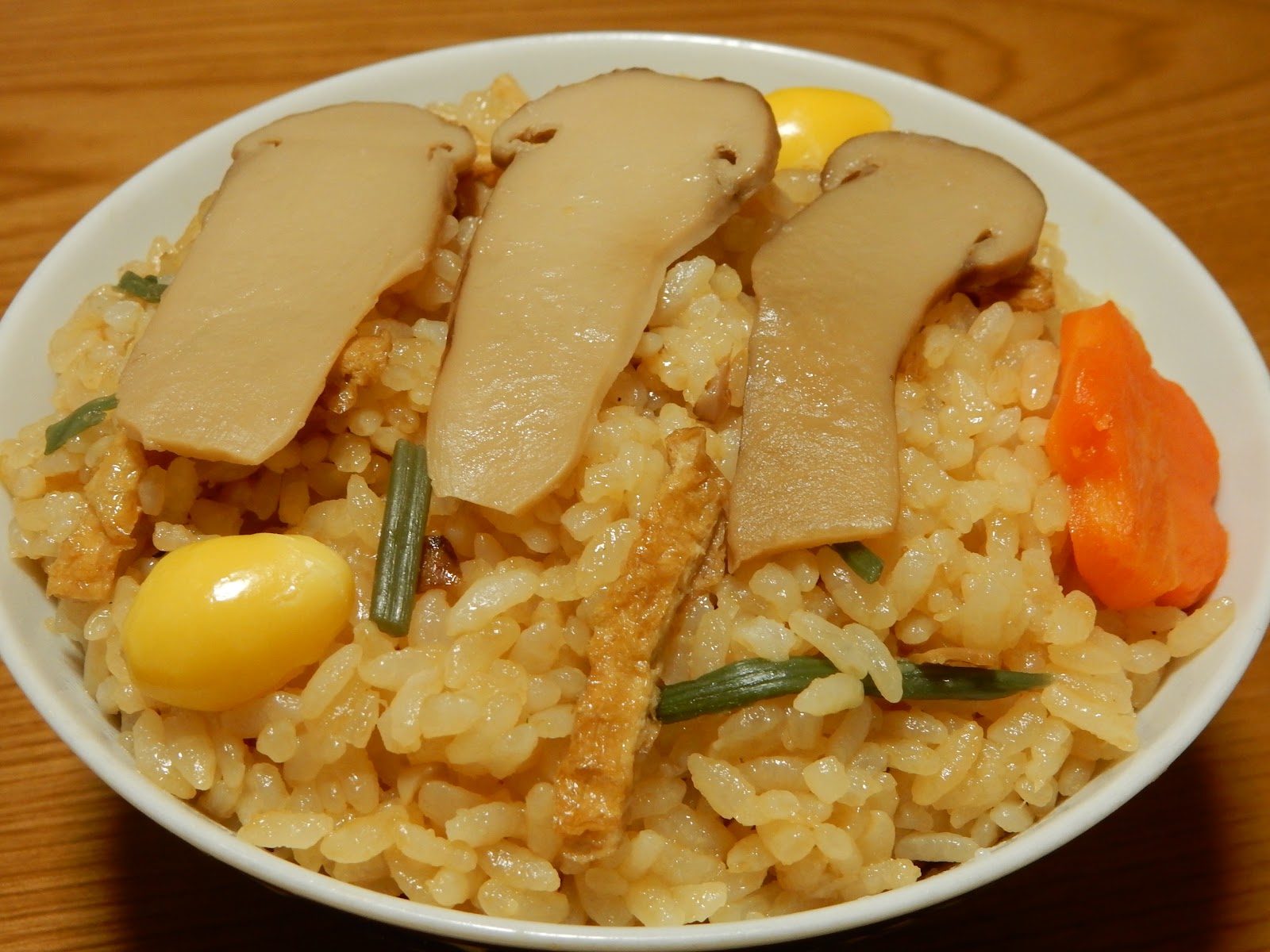 Not every person is in love with matsutake. However, Japan is among the top consumers of this kind of mushroom. The Japanese love matsutake despite its steep price. For one thing, matsutake is associated with the Japanese symbol for longevity. Just like the sakura cherry blossoms in the spring, the Japanese correlates matsutake with their fall or autumn season. It is just not the same without dishes that contain matsutake during the fall season.

Their love for this type of mushroom goes way back. Some clay statues from the Jomon period were found in ruins with their figure similar to mushrooms. It is said that one of these mushrooms look similar to the shape of matsutake, as stated on the website of the Japan Special Forest Production Promotion Association. It is believed that these statues were made to differentiate the edible variety from the toxic ones.

This type of mushroom was also often a focus of tanka from both the Nara period and the Heian period. Picking matsutake was enjoyed by the samurai, as supported by a historical document. Today, matsutake as given as part of gift baskets to either show gratitude or appreciation. Sometimes, this is done to obtain a certain type of favor. Typically, companies are willing to pay for the most expensive matsutake to give as gifts to VIP clients and business partners.

The top regular producers of matsatake in Japan are Iwate, Nagano and Yamaguchi Prefectures. Some of the most popular dishes that incorporate matsutake are dobin mushi, which is matsutake steamed in a clay teapot, and matsutake gohan, which is just a combination of rice and matsutake. Due to the powerful aroma and flavor of matsutake, only light seasoning is needed when it is cooked. The best time to eat matsutake is soon after its harvest so the mushrooms are still fresh and they have not lost the aroma yet.

With 4 stalks of mitsuba or Japanese parsley, tie two stalks together. For an alternative, one can also use finely sliced scallions. The next step would be to clean 5 grams of dashi kombu or dried kelp with a damp cloth. Do not remove the white powdery substances as it would give off that umami flavor in dashi. Also, do not wash the kombu.

After cleaning the dashi kombu, place it in water in a medium pot. Let it simmer on medium low heat. An alternative and probably the best way to do this is by letting the kombu soak in water for about 3 hours or more to let its flavor naturally come out. Upon boiling, put 10 grams of katsuoboshi or dried bonito flakes into the pot and let simmer for just 30 second then turn the heat off. Strain the dashi by using a sieve and paper towel.

While the soup is cooking, soak 4 temari fu or wheat gluten in water to let it hydrate. This is only optional, but would make the dish look good on food photos. Once the temari fu become soft, squeeze off excess water and place them in a bowl. Prior to serving the soup, add the mitsuba in. finally, serve the soup by pouring them into bowls.

There are many other recipes that one can try cooking with the use of matsutake mushrooms. The rich aroma and flavor it brings to each dish is truly something else. Despite the expensiveness, one can swear by how worth it the mushrooms are when one gets to taste it.