Japanese Dolls: A Representation of Japanese Culture Then and Now

When one travels to another country, one of the many must-buy items are souvenirs. These souvenirs can be bought and given to friends and relatives upon coming home or be kept as a memento of that travel or experience in another country. There are different kinds of souvenirs that one can get depending on the country to be visited. The most common type would be keychains or magnets. However, if one visits Japan, a more meaningful souvenir would be dolls. In fact, in Japan, dolls hold more meaning than just a typical souvenir. It upholds the culture of Japan.

Recounting the History of Japanese Dolls Back in the Day 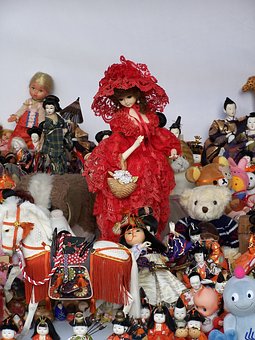 Also known as ningyo in Japanese, which literally translates to “human form,” dolls are part of traditional arts and crafts in Japan. There are several kinds of Japanese traditional dolls present in the country. Some of these dolls represent babies and children while there are also some that represent warriors, heroes, and even the imperial court. Because there are also certain Japanese myths that go way back, there are some Japanese dolls that represent these characters, gods and goddesses, and even demons. On the other hand, there are also Japanese dolls that depict the common folk living in the cities of Japan.

Most Japanese dolls hold a long tradition and are still being made up to this day. Japanese dolls have various purposes such as for formal gift-giving to friends and relative, for household shrines, and even for festival celebrations. In fact, Japan even celebrates a festival known as Hinamatsuri, a doll festival. Some of these dolls are made as local crafts while others are made to be bought by pilgrims to serve as souvenirs from temple visits.

The very beginning of making Japanese dolls is not entirely certain with some theories that its origins date back to the Jomon Period. Humanoid figures were documented to have been present in the culture during ancient times. However, identification of various types of dolls was made during the early 11th century. At the height of the Heian Period, these dolls were freely identified, as described in the famous novel “The Tale of Genji” written by Lady Murasaki.

There were many purposes that dolls had even back in the day. Some Japanese dolls were used as toys by young girls, played along with doll houses and playing house. On the other hand, some dolls were made by mothers, or women in general, as it was believed that these dolls may be used to protect their children or grandchildren. Some dolls were also utilized in various ceremonies in relation to religion, with the dolls taking on the sins of the human who had touched it.

An example of a belief that was associated with dolls was hoko. A type of soft-bodied doll, a hoko doll is typically given to young women that are at the prime for giving birth. Especially given to pregnant women, these dolls are believed to protect not just the mother but also the unborn child. The existence of these dolls was more apparent during the Muromachi Period.

Another example of a Japanese traditional doll that goes way back is the okiagari-koboshi. Roly-poly toys typically created using papier-mâché, the origins of this type of doll dates back to at least the 14th century. Believed to be good luck charms by the locals, this type of doll is seen as a symbol of perseverance and resilience.

It was during the Edo period that the popularity of Japanese dolls grew to become a household need among the wealthy families. Around the year 1603 to the year 1867, there was a development in fine dollmakers as well as a market for selling exquisite Japanese dolls. Wealthy individuals would look for the most beautiful doll sets and purchase them for display in their own homes. These dolls sets were also seen as valuable gifts to be given to high-profile people. The trade was competitive and later on regulated by the government.

The Different Names and Types of Traditional Dolls 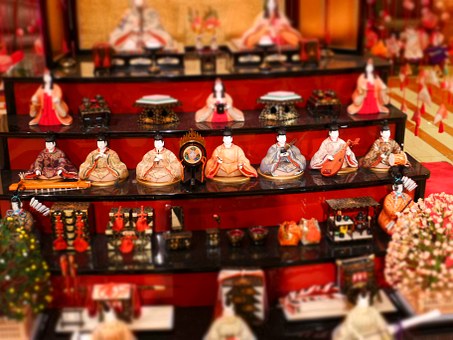 Because the popularity of Japanese dolls was at its height during the Edo period, various types of dolls were developed to cater to different tastes. The different types of Japanese traditional dolls are the following: 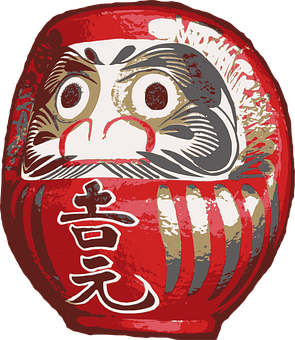 Kawaii with Big Eyes: Antique and Vintage Dolls Still Valued to this Day 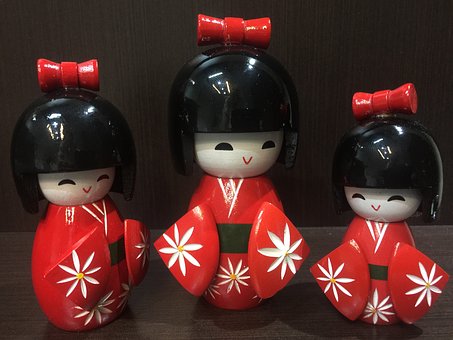 Dolls in Japan come in various sizes. However, the more popular ones are the smaller dolls. An example of a popular Japanese doll today is the wooden Kokeshi doll. With its unique figure, the Kokeshi doll comes in a wide range of designs and shapes. Currently, it is considered an ornamental doll that many adults enjoy having.

Because of its cute and travel-friendly size, Kokeshi dolls are generally sold by several souvenir shops. Many of these stores can be seen on the Nakamise shopping street located in Asakusa, Tokyo, Japan. Not just because of its size but also because of its light weight, this type of doll only costs about 1,000 yen. This makes Kokeshi dolls great as a form of souvenir to take with one upon returning home.

If one is looking for another type of Japanese doll, another great option would be the Hakata doll. The best of these dolls can be found in the biggest business city in the region of Kyushu where the name of the doll was based on: in Hakata, Fukuoka. The doll is made up of unglazed clay that is painted with earthly hues. Its skin is white and smooth, accentuated by warm colors. The features of this Japanese doll are so exquisite that some of it is even exported overseas.

In A Glass: How Times Have Changes the Japanese Dolls of Today

At this day and age, not all types of dolls are still being made and enjoyed by the youth. Times have changed and so have the tastes of the younger generation. At present, young people in Japan prefer dolls in the form of figurines, some of them willing to pay even a high price (in JPY) for it. In fact, some dolls are limited edition so customers bid for them. The doll culture in Japan has not died down through the years, but rather, it has developed.

Currently, several of these model figurines are based on various anime characters, which are popular not just in Japan but in other countries as well. Some of the features important in these figurines are its costumes, its expression, and its pose. Some of these dolls are manufactured while others are handmade. They also come in varying dimensions, sometimes with only a few inches different from one another. Some of these dolls have elaborate costumes with brocades while others are simple, depending on the characters that they are depicting.

Some people have been known to travel to Japan just so that they can acquire these limited edition figurines. This just goes to show how the doll culture of Japan has not only developed but also expanded to the different parts of the world. Truly, this art form of Japan is not just beautiful and exquisite to the eye but also holds deep meaning and culture of the country. With its popularity spreading, the tradition and meaning of Japanese doll culture are being made known to different kinds of people all over the world.