Many people say that money cannot buy everything. While that may certainly be true, it is still important in order to pay the expenses of everyday living and for savings in the future. In order to be able to earn money, people, in general, take jobs and work at least 8 hours every single day. However, for the business-minded people, there are other ways to earn money or, rather, make the money work. This is by investing in stocks and equity funds to name a few. The intricacies of stocks and investments can be rather complex, but there are certain entities that regulate these on a daily basis. In Japan, one of these entities is known as the Tokyo Stock Exchange.

Basic Facts and Description of the Tokyo Stock Exchange

Also known as Tokyo Shoken Torihikijo in Japanese, the Tokyo Stock Exchange is, as the name suggests, a stock exchange based in Tokyo, Japan. Called Tosho or abbreviated as the TSE or TYO, the Tokyo Stock Exchange is the fourth biggest stock exchange in the world as of today, by aggregated market capitalization of the TSE’s listed companies. Currently, the TSE is also the biggest stock exchange in East Asia and Asia. As of the month of April in the year 2015, the TSE had listed companies amounting to 2,292 with a combined market capitalization of $4.09 trillion USD.

As approved by the Japan Fair Trade Commission in the month of July in the year 2012, the TSE planned to merge with the Osaka Securities Exchange. The resulting entity was launched on the 1st of January in the year 2013 known as the Japan Exchange Group or the JPX. With the coordinates of 35°40′57.60″ North and 139°46′43.71″ East, the TSE is currently one of the largest stock exchanges in Japan.

Founded on the 15th of May in the year 1878, which was 139 years ago, the TSE was previously known as the Tokyo Kabushiki Torihikijo. However, on the 16th of May in the year 1949, it was renamed and again founded as the Tokyo Stock Exchange. At present, it is owned by the Japan Exchange Group, Inc. (Tokyo Stock Exchange Group, Inc.). Its key people include the Chairman by the name of Taizo Nishimuro, the President and CEO by the name of Atsushi Saito, and the MD, COO, and CFO by the name of Yasuo Tobiyama.

Central to the TSE markets are 1st Section, 2nd Section, Mothers, and JASDAQ. Currently, the TSE also serves as the central market of Japan, which just shows its utmost importance in trading in the country. Because investors typically have varying needs, the TSE is currently promoting diversification of product lineups in order to accommodate these needs. These product lineups include ETFs and ETNs. This, in turn, would allow investors of the TSE to take advantage of more diversified allocations of assets without having to spend more money.

Offering a wide range of ETFs and ETNs that are connected to Japanese, as well as foreign, stock price indices, the TSE aims to serve much like a one-stop market. Other product lineups that they offer include commodity indices like agricultural products as well as previous metal, REIT indices, and inverse and leveraged indicators that are computed by the multiplication of the fluctuation rate on a daily basis of the underlying indicators. Stability and reliability are two factors that TSE see as important in maintaining a stable system and a smooth trading platform.

Further developments and improvements of their system infrastructure are also seen as essential by the TSE. This is to be able to maintain the accommodation of the needs of investors and other users of the system as they respond to diversified and often complex trading techniques that rely on developments in financial information technology. The need for development in their system infrastructure is also a way to accommodate listing of new financial instruments.

With the combination of low latency and high reliability and scalability, their cash market trading system known as “arrowhead” is operated regularly by the TSE. This system is considered among the best trading systems in the world. It incorporates not only the best latency level when it comes to order processing as well as data distribution, but also the three-node data protection system that is synchronized with the purpose of restoring information in trading. This includes executions, orders, and order books.

The Main Structure of TSE: Index, Quotes, TOPIX, and Company Listings Like Toshiba

There are three main indices that track the TSE, namely, the Nikkei 225, the TOPIX, and the J30. The Nikkei 225 is an index of companies that were handpicked by the biggest business newspapers in Japan known as the Nihon Keizai Shimbun. The TOPIX, on the other hand, is an index that is based on the number of share prices of companies under the First Section. Lastly, the J30 is an index of big industrial companies that are regulated by major broadsheet newspapers in Japan.

Domestic securities companies amounting to 94 and foreign securities companies amounting to 10 participate in the trading in the TSE. Other institutions that are related to the TSE include the press club of the exchange, called the Kabuto Club. Also known as Kabuto Kurabu, this club is mainly composed of members that are associated with the Nihon Keizai Shimbun, Jiji Press, Kyodo News, and other business TV broadcasters like CNBC and Bloomberg LP. They typically meet on the 3rd floor of the TSE building and are busiest during the months of April and May, when annual accounts of public companies are usually released. On the 15th of June in the year 2007, an acquisition of 4.99 percent stake in Singapore Exchange Ltd. was made by the TSE by paying $303 million USD.

Live Hours, Lunch Breaks to Visit, and 2017 Holidays of TSE 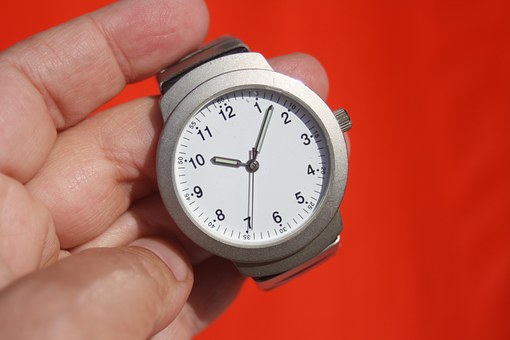 Furthermore, trading sessions are also not open during holidays. These holidays are typically declared by the TSE in advance to let traders know that they would not be able to trade on certain dates, lest they forget. Some of these holidays include New Year’s Day, Coming of Age Day, National Foundation Day, Vernal Equinox Day, Showa Day, Constitution Memorial Day, Greenery Day, Children’s Day, Marine Day, Respect for the Aged Day, Autumnal Equinox, Health and Sports Day, Culture Day, Labor Thanksgiving Day, and The Emperor’s Birthday.

As the trading platforms of the TSE is online, there have been technological issues that the exchange has faced through the years, which affected various businesses and traders. One of the most infamous technological issues occurred on the 1st of November in the year 2005. The TSE was only able to operate for 90 minutes, which was a considerably short time for all trading sessions that were to occur in a day. The interruption was due to bugs with a newly installed transactions system. This system was developed by Fujitsu to supposedly be able to accommodate higher trading volumes. The trading on this day was suspended for more than 4 hours, which was considered to be the worst in the history of the TSE.

Another technological malfunction occurred during the month of December in the year 2001. A trader at a Swiss investment bank called UBS Warburg sent an order to sell shares amounting to 610,000 in this company during the initial public offering of Dentsu, a huge advertising company. While the intention was to sell 1 share for 610,000JPY, the shares were actually sold at 1JPY each. Because of this, the investment bank lost 71 million pounds.

Also during the month of December but in the year 2005, another technological error occurred. During the initial public offering of J-Com, an employee who worked for Mizuho Securities Co., Ltd. made an order to sell 600,000 shares for 1JPY each but mistyped so the order went out as selling 1 share for 600,000JPY. Mizuho did not catch the error in the beginning while the TSE blocked the order cancellation attempts at first. This resulted in a net loss of $347 million USD, which was to be shouldered between Mizuho and the TSE.

There were many factors that played a role in this downfall such as lack of safeguards, lack of transparency, lack of error checking, and lack of reliability. This further resulted in the loss of confidence as well as loss of profits for both parties. On 11th of December of the same year, the TSE relented and admitted that its system was at fault during this issue. 10 days after, the chief executive of the TSE at the time, Takuo Tsurushima, as well as two other senior executives, resigned from their posts amid the Mizuho scandal.

The inner workings of trading can definitely be seen as complex especially for people who are not trading experts. There are also advantages and disadvantages in trading, but having a good platform plays a big role in trading success. The TSE provides a wide range of product lineups that would be suited for all kinds of traders, whether they are beginners or trading experts. There are various lessons and explanations online that would help enable one trade on the platform of the TSE.

Furthermore, the TSE also has a website that they keep running and updating for the benefit of their users. The TSE recognizes the fact that their systems still need further developments and improvements in order to better serve the traders who use their platform. While there may have been technological issues in the recent years, the TSE still plays a huge and significant role in the development of the economy of Japan.

Visiting Okage Yokocho and Immersing in Its Culture

The Owl Cafe Trend: Japan Does Give A Hoot!

Shinkansen: The Pride of the Japanese Railway