What Makes McDonald’s Japan Different from Others

One of the most famous fast food chains in the world is none other than McDonald’s. Being one of the biggest companies in the world that serves fast food choices, McDonald’s has numerous branches all over the world. Among the many countries where one can find a McDonald’s branch is Japan. Similar to other countries, McDonald’s in Japan has also concocted some food choices that are unique to cater to the tastebuds of the Japanese people. These food items are actually what sets McDonald’s Japan apart from the rest of the other branches across the world.

What really established McDonald’s in the first place is its burger. This food item is what truly built the now world-famous McDonald’s fast food chain. In McDonald’s Japan, its burger menu is also extraordinary. Given that there are various ingredients that can only be found in Japan, the Japanese made use of these in order to cater to the taste of the typical Japanese food.

The comprehensive burger menu of McDonald’s Japan can be separated into three parts. The first past is their Everyday Burger menu. It includes the following:

1.     Value Burger – This burger is the most basic of all burgers in McDonald’s Japan. As the name suggests, this burger is sold due to its great value. It costs only about 200 yen, which is already not bad.

2.     Teriyaki Burger – This burger variant is considered a staple in all menu of McDonald’s in the country. What sets it apart from the value burger is its teriyaki sauce.

3.     Ebi (Shrimp) Filet-O – Want a burger but not meat? This burger works great for people who love shrimp. It is actually one of the most popular everyday burgers on the menu.

4.     Shaka Shaka Chicken – An additional to the regular menu in the year 2008, this burger incorporates fried chicken as its filling instead of the regular beef patty. This is in reflection of the Japanese people’s love for fried chicken.

5.     Egg Cheese Burger – Also known as Egchi, this burger serves as the breakfast sandwich of McDonald’s Japan. It consists of egg, cheese, ketchup, and a beef patty. These are sandwiched by the classic cheeseburger buns.

McDonald’s Japan also first ran a burger campaign called the Big America in the year 2010. These burgers were designed to reflect various cities and other places in the United States. These burgers are highly popular among the Japanese masses. Some of these variants include:

1.     Idaho – This burger consists of the usual beef patty complemented by a potato patty. Other ingredients in this burger include bacon and cheese. It uses a combination of two sauces, namely, mustard seed sauce and deep pepper sauce. Finally, these are sandwiched by two onion-flavored buns.

5.     Manhattan – What sets this burger apart is its pastrami. This is combined together with a beef patty, lettuce, onion, and mozzarella cheese, combined with sour cream sauce.

7.     Grand Canyon – This variant incorporates a lot of ingredients, which makes it deserving of its name. These ingredients are beef patty, mozzarella cheese, lettuce, cheddar cheese, and egg. With a 3-layered bun, this burger also contains onion sauce as well as steak sauce.

8.     New York – Instead of using regular buns, this burger utilizes whole wheat buns. Inside these are ¼-pound beef patty, bacon, lettuce, tomato, and Monterey Jack cheese. These are complemented by mustard seed sauce.

9.     Broadway – This burger incorporates 6 ingredients aside from the buns. These include patty, peppers, bacon, lettuce, mustard sauce, and cream cheese sauce.

There were also other seasonal burgers that were quite popular in Japan. Some of the most popular ones are the McPork, the Sakura Teritama Burger, and the Full Moon Cheese Tsukimi Burger. Despite being simple, the McPork was sold quite well to the Japanese people. It consists of a sausage patty and shredded lettuce drenched in garlic and black pepper sauce and sandwiched between two buns.

As the name suggests, the Sakura Teritama Burger was based on the idea of sakura or cherry blossoms. True to its name, this burger is colored pink. This burger consists of a ginger teriyaki pork patty and fried egg doused in special sakura sauce. It is only available during cherry blossom season.

Of course, one should not forget the Full Moon Cheese Tsukimi Burger. As the name implies, this burger was inspired by the harvest moon festival called tsukimi in Japanese. The main ingredients of this burger include a beef patty, cheese, and egg. Some say that the egg actually represents the moon. This burger is only available during the autumn season.

Pokemon-Themed and Other Desserts as Seen in Commercials this 2017 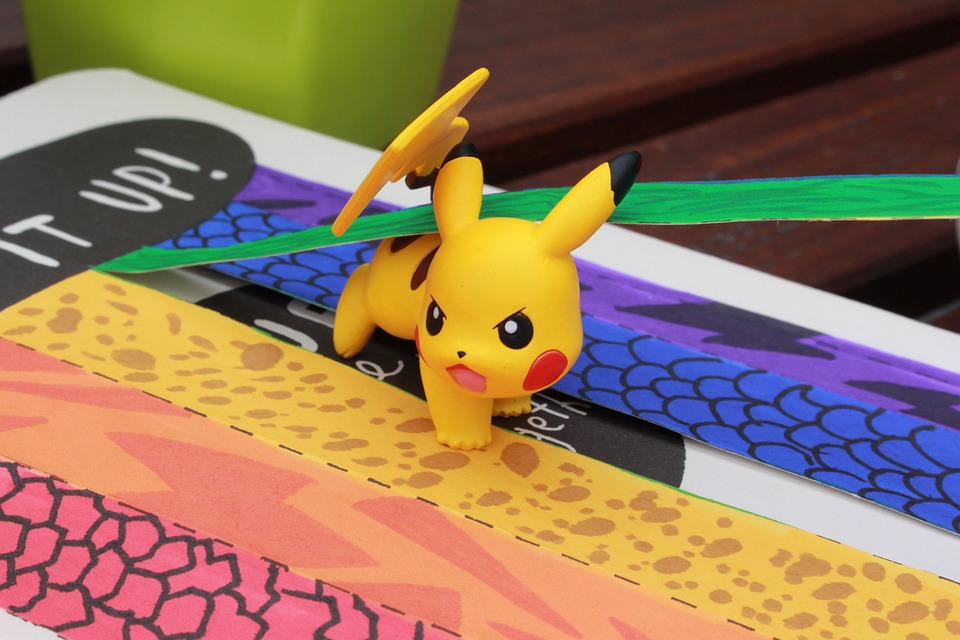 Of course, there is really no better way to make a menu Japanese other than incorporating a Pokemon theme. Before its release, McDonald’s Japan used social platform Twitter to let fans guess the Pokemon that it would be launching as a McFlurry flavor. It offered six McFlurry flavors that were inspired by Pokemon characters, but only one of them would actually be sold. These six Pokemon characters were Pikachu, Jigglypuff, Squirtle, Gengar, Bulbasaur, and Charmander.

Other McFlurry flavors that were quite unique to Japan include the Hyuganatsu Cheesecake McFlurry, Matcha Tea and Azuki Beans McFlurry, and Kit Kat and Strawberry McFlurry. The Hyuganatsu Cheesecake McFlurry consists of citrusy cheesecake. Because of this vibrant flavor, it is only available during the summer season in Miyazaki. As the name suggests, the Matcha Tea and Azuki Beans McFlurry consists of the popular combination of green tea and azuki beans. The Kit Kat and Strawberry McFlurry contains grain Kit Kat and strawberry sauce.

Distinctions were also made to the other typical desserts of McDonald’s. These new food items include the Hokkaido Milk Pie, the Sankaku Momo Cream Pie, the Sankaku Choco Pie Black, and the Pineapple Pie. The Hokkaido Milk Pie was first launched in the year 2016. As the name suggests, this dessert was inspired by Hokkaido, Japan. The pie is also shaped like a triangle. Another triangular-shaped pie is  Sankaku Momo Cream Pie, which is filled with peace-flavored cream. The Sankaku Pie Black consists of a crunchy pie exterior that is filled with the goodness of gooey cocoa complemented by bits of almonds. As the name suggests, the Pineapple Pie is filled with rich pineapple inside.

Aside from the burgers and the desserts, McDonald’s Japan also created its own spin of Side Orders. While one can get regular and large fries, one can also get the Mega Potato. Its size is basically just that of two large fries. This is perfect for friends who would just like to share McDonald’s fries or for people who love the fries from McDonald’s.

Another variant of fries is the Ume Fries, also known as the Sour Plum Fries. As the favorite pickled plum in Japan, it comes as no wonder that ume was also incorporated in this food item. With a distinctly sour taste, this variant of fries definitely plays the word “unique” rather well.

One of the most popular variants of potato fries in Japan to date is its McFry Potato Chocolate Sauce. Who would have thought of actually drizzling chocolate sauce on potato fries? Seen as highly innovative, this variant helped put McDonald’s Japan on the map. Most people find this concoction weird in thought but it apparently tastes pretty good.

Another variant that is only available during Halloween is the Halloween Choco-Pumpkin Fries. This variant incorporates not just chocolate syrup but also orange pumpkin syrup. The best way to know if this actually tastes good is to simply just try it come Halloween season.

A small filling pie, another unique side order offered in McDonald’s Japan is the Bacon and Potato Pie. Almost everyone knows that bacon and potato work well together. However, not everyone has actually put these two ingredients together to make a pie. This variant consists of potato, onions, chopped bacon, and white cream sauce.

As for the drinks, probably the most popular unique drink offered by McDonald’s Japan is none other than the Sakura Cherry McFizz. As the name suggests, this drink incorporates the concept of cherry blossoms. This unique drink is only available during cherry blossom season. Similar to the charming flowers, this drink has a pinkish hue. Infused with cherry-flavored syrup, this soda can come either with or without whipped cream.

Aside from the unique but delicious food items offered in McDonald’s Japan, another thing that this fast food chain is known for is its great customer service. Instead of being a chaotic fast food chain like some branches in other countries, as expected in most establishments like this, McDonald’s Japan actually offers some sort of solace to its customers.

McDonald’s Japan is not typically crowded at all. This may be attributed to the fact that not all Japanese consider this fast food chain as the go-to place for food that is fast and cheap. In fact, most of them view McDonald’s as a place to go to for them to try American food. Some may even find these branches in Japan peaceful.

Customers are also always greeted by the staff with a smile. Employees in McDonald’s Japan always aim to be helpful to its customers. This is especially true even for foreign tourists who do not really know how to speak the Japanese language. The venues of McDonald’s Japan are also really clean.

The staff of McDonald’s Japan makes it a point to clean the tables and floors properly so that customers would have a great dining experience. This may be due to the fact that Japanese people, in general, always consider other people. Hence, they make it a point to clean up after themselves so as to avoid inconvenience to others. This can be clearly seen in several branches of McDonald’s Japan.

Another great thing about McDonald’s Japan is its McDelivery. Hence, people craving for some McDonald’s burgers would no longer have to go through changing clothes, going down the stairs, and traveling just to get a bite of that delicious burger. McDonald’s Japan offers online services so customers can avail of their McDonald’s cravings right at their doorstep.