Kan keri: Playing Kick the Can in Japan

The typical games recognized around the world that has a lot of kicking are soccer and football. These sports have garnered millions of fans around the globe. However, a small variation of this game meant for kids with limited resources is known as “kick the can.” Yes, that is correct – this simple children’s game of kicking is called “kick the can.” As the name suggests, this game is composed of only a single item necessary to play the game – a can. In Japan, this game is known as kan keri.

The Meaning and Basic Play of Kick the Can 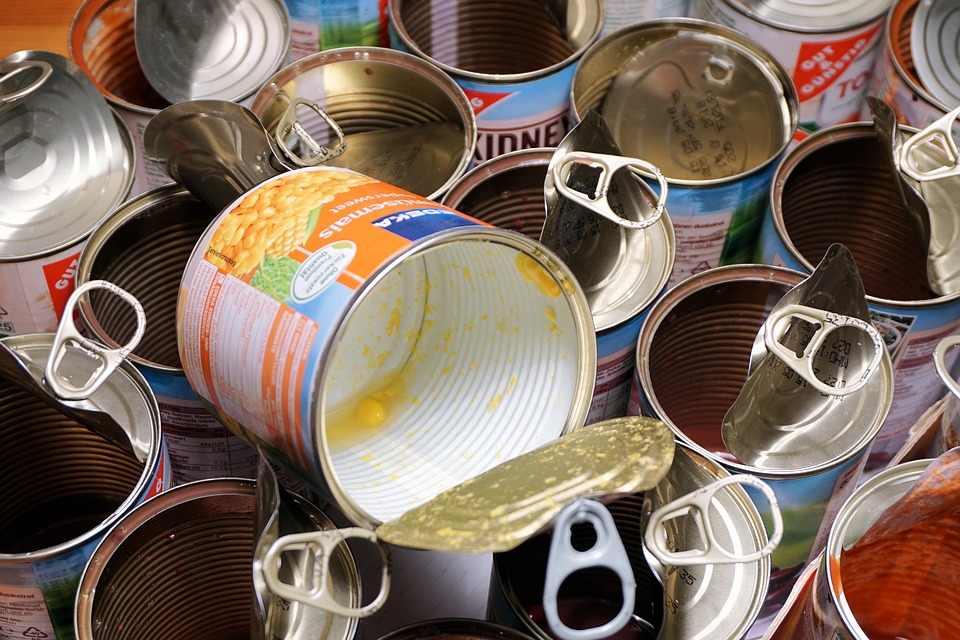 Though this game is called kan keri in the Japanese language, the universal name of the game is Kick the Can. It may also be called Kick the Block, Can Can, Pom Pom, Can Up Can Down, Guard the Block, 40 40, and Tip the Can depending on one’s country or location. The game is not just a matter of kicking a piece of can. Rather, the game mainly revolves around hide-and-seek with a little twist. An outdoor children’s game, kan keri is the Japanese version of Kick the Can.

The game requires not less than three players and as many as a dozen players or more. Key factors in playing this game include skill, stealth, strategy, and physical fitness. Hence, people cannot move slow or think slow when playing this game. Typically, as the name suggests, this game uses an empty can that may also contain tiny rocks so it can make some noise when kicked.

Though the game is not as popular today due to the emergence of video games, kan keri was actually a famous game for children back in the day when Japan was going through some difficult economic times. Because the game uses an empty can, players no longer needed to look for other resources just to play this game. It is unclear where kan keri originated from. However, it was especially popular during the Great Depression, which was in the 1930s.

Generally, the game of 'Kick the Can' begins with either a single person or a team of players being tagged as “it.” At the same time, an empty can of some sort, like a paint can or a metal pail, sits in an open space. This space may be a parking lot, an empty street, a green, a backyard, or a cove or cul-de-sac. The player or players tagged as “it” shall cover their eyes and count to a number as agreed upon by all players beforehand while the other players find someplace to hide.

After the number is up, the person or people tagged as “it” shall open their eyes and start searching for the other players hiding and tag them. Tagging consists of catching the other players and touching or tapping them. Tagged players are required to go to the holding pen, which serves as their jail for having been tagged. The holding pen does not necessarily have to look like a prison. Rather, it is just a designated area for tagged players. The area is also in plain sight of the can.

The players that have not yet been caught can kick the can. Should they be successful in kicking the can, all of the players in the jail pen shall be released. To make it more challenging, some versions of the game require only a single tagged person to be released per tip or kick of the can. The first person tagged would be the first person released.

Kan Keri: The Japanese Version of the Game

Probably the best thing about this game of kan keri is that one can just use whatever items that one has at the moment. In Japan, kan keri is typically played by children in schools. Setting up the game requires placing a can at the center of a field or empty space.

Several obstacles shall also surround the space so there are things that children can hide behind. These obstacles can be old tables, boxes stacked on top of each other, or game mats. The child tagged as “it” shall guard the can so other players won’t be able to kick it. Some children even keep their foot on top of the can just to ensure its safety against other players.

The teacher or instructor would also act as the mediator of the game in case any of the children fight while playing kan keri. The teacher would also initiate the game by shouting go. One child is designated to kick the can as hard as they can while all the other players find places where they can hide. The child tagged as “it” shall retrieve the can while the other children find their hiding places.

One of the hard parts of the game is strategizing how one would be able to go near the can and kick it without being seen by the person tagged as “it,” called the guard. Once the guard sees or finds another player while the player is hiding, the player would be out of the game. While this may seem like a simple game, it actually requires critical thinking for players to strategize on how to get to the can without being seen.

Another key factor in this game of kan keri is where one is hiding. It is typical for players to peak to check out where the guard is. However, through peeking on the side, it is also easier for the guard to see or catch the players. Hence, finding a hiding place that has holes of some sort in them would be great so one would not have to put out one’s head when looking for the guard.

It is typical for the guard to circle around the can at a certain distance as a means of taunting other players to run ahead and kick the can. If the guard was too far away from the can, a player may run straight for the can and kick it before the guard is able to run back and protect the can. The feeling of every child once they get to kick the can would definitely be that of triumph.

The game of kan keri can actually be likened to baseball wherein a player is out when an opposing player gets to touch a base with the ball. In the kan keri version, a player is out if he or she is not able to kick the can before the guard sees the player and touches the can. Similar to baseball, once the can has been kicked three times, then the guard loses the game.

Other Known Variations of the Game

For example, if the player who is hiding is named Sarah, the guard must call out, “Sarah is in the can!” After which, the said player caught would be put in jail. Another variation on the shout out is saying “1-2-3 on (the caught player’s name)” while one foot of the guard is on top of the can.

To make this game more challenging, another variation of this game consists of more than a single can. These cans shall be spread out of the open space as the players run to find their hiding places. While the players are trying to hide, the guard must get all the scattered can and stack them on top of one another. When a hiding player is caught, the guard must run back to the tower of cans and touch it without the tower falling over.

A variation similar to kan keri is one that is called Kick the Tin or Can Can. This game was played in England as well as Northern Ireland. The similarity of the two lies in one of the hiding players being able to kick the tin as hard as one can so there would be more time for the players to find a hiding place. A usual strategy was to kick the tin over a garden hedge, as it is known that doing so would make it harder for the guard to retrieve.

Other Games Played Aside from Kan Keri During Its Time

While kan keri was one of the most popular games during the Great Depression, there were also other games that children played as a form of entertainment. These games included chasing and pushing games. An example of this was oshikura-manju. This game was somehow similar to sumo wrestling. It was played typically during the winter season as a means of staying warm.

As for young girls living in the countryside, some of the games that they typically played included nawatobi, which was skipping; ken ken pa, which was hopscotch; oni-gokko, which was tag; ayatori, which was cat’s cradle; gomutobi, which was jumping elastics; and dodgeball. There were times when the girls played dodgeball with handmade balls stuffed with rice chaff.

On the other hand, young boys at the time played games like different variations of baseball and chambara gokko, which was sword-fighting with the use of tree branches as swords. Some of these boys who won the game were also sometimes rewarded with sendei, which were rice crackers, by the local members of the Women’s National Defense Association, which was called kokubo fujinkai.

After-school hobbies were also encouraged with some children being taught how to sew and work with wood. Making models out of paper and bamboo strips called take no higo were also taught to these children. There were also contests wherein the children could fly their model planes. One of the common toys made at the time was takeuma, which were essentially bamboo stilts.