The Short Life of Motojiro Kajii: A Purveyor of Japanese Culture

At present, Japan is an admirable superpower - peaceful and hard working. At the beginning of the twentieth century, the Japanese did not have the same privilege to enjoy. Someone who was born in 1900 and lived up to fifty years old would have lived a very different experience from someone who was born in the latter part of the century.

War has transformed Japan definitely. At first, it drove Japan to become more aggressive at winning against opposing forces. However, the Second World War was truly a humbling experience for militaristic Japan. Their fall from grace paved way for the nation that is now admired all over the world.

The once chaotic Japan was a subject of scrutiny than by many writers who were born at the beginning of the century. In fact, a lot of literary pieces published during the first decades tend to have a cynical tone to describe the state of current Japanese society.

What is even more interesting is the fact that the Japanese government, driven by military forces, did not want Japanese writers to write about realistic truths of society, nor to criticize the Japanese values being placed on a pedestal at the time. This did not stop, however, the literary maestro’s of Japan to write their own truths.

One of the authors during that time, Motojiro Kajii, was an example of how the flawed Japanese society inspired literature. While Motojiro’s life was cut terribly short, he left behind a legacy of literary works that are, to this day, still considered to be crucial by the Japanese educational system.

An Overview: Who was Motojito Kaiji?

Motojiro Kajii was born on the 17th of February in 1901. He was one of the many others who was born before the start of the Showa period - which was considered that Japan’s renaissance period. As a writer, Motojiro wrote several impactful pieces that kept its popularity even after his passing.

The literary works in question are “Remon”, "Shiro no aru machi nite", “Fuyu no hi”, and “Sakura no ki no shita ni wa”. A lot of his literary masterpieces were sung praises by fellow writers of his time. Motojiro, as defined and proven by his works, are admired for their powerful descriptive nature.

Motojiro lived a rather short life, but despite the measly number of works he was able to create during his short lifetime, Kajii has managed to leave a lasting impression and embed himself into the Japanese culture. In fact, decades after his death and “Remon” (also known as "Lemon") has become a staple of literary textbooks.

Asahi Shimbun, a major newspaper publisher in the country has once discussed already the importance of Remon across the Japanese youth. This was epitomized by the fact that many high school students have emulated the bold move done by a protagonist in the book. In “Lemon”, the protagonist's bold decision to act defiant and leave a lemon inside a department store chain has been a subject of inspiration as plenty Japanese department stores have been finding pieces of lemon left behind in the literary area.

The Birth of Motojiro: His Early Years and Transformation Into An Author

There is not much information available to the public regarding Kajii’s personal life. His parents or entire family are not mentioned in plenty of biographical accounts describing Kajii’s life. What is known about Kajii's early life, however, it that he was born in Osaka during the year of 1901. Coincidentally, another prominent Japanese author named Oda Sakunosuke was born in Osaka during the same period. Oda Sakunosuke, similar to Kajii, explored themes related to Japanese society.

During his childhood, Kajii moved around quite often. Since there is not much information on his parentage, the reason for his frequent moves is rather unknown. From the years 1910 to 1911, Kajii moved from Osaka to Tokyo to study in primary school from. After finishing primary school in 1911, he once again moved to Toba to study middle school until 1913.

After graduating from middle school, Kajii moved back once again to his hometown to study at Osaka Prefectural Kitano High School. This is where he ended up studying until 1919, which was when he moved up to junior college. Kajii enrolled at Kyoto’s Third Higher School, which meant that he was once again moving.

While studying junior college, Kajii experienced several memorable moments. For one, he was once roommates with popular screenwriter Tadashi Iijima. On his second year of junior college, in 1920, Kajii already manifested symptoms of poor health. This was the year where he was first diagnosed with pulmonary tuberculosis.

Despite his poor health, Kajii chose to remain strong and move to a higher education level. In 1924, Kajii entered the prestigious Tokyo Imperial University. Here, he decided he would pursue a degree in English literature. Despite his young age, Kajii was ambitious and was really determined to study despite the hardships he experiences early in life. While studying at Tokyo Imperial University, he decided to publish a literary magazine Aozora, which was a collaboration with his friends from high school.

Interesting enough, writing was not Kajii’s first choice for his university degree. Originally, he opted to study physics before following his passion and ultimately shifting to an English literature major. While his physics background is little, the use scientific terminology or expressions are still evident in his stories.  While writing was Kajii’s true love, his fascination for physics stood out from his pieces. This tendency can be seen in the way Kajii describes elements of his work.

With Aozora, Kajii was able to publish his most renowned work. With the launch of Aozora, he published his work entitled Remon in 1925. By 1927, Kajii’s health was once again failing. Thus, Kajii moved to Izu Peninsula to regain his strength once again. During this time, he stayed in Yugasima Onsen in Izu. This is also where he befriended fellow Yasunari Kawabata.

For years, Kajii battled his tuberculosis. While Kajii stayed in Yugasima Onsen to recuperate, his earlier project, the Aozora, ceased publication. While looking for a new medium where he could publish his work, Kajii sent his work to Bungei Toshi where his work would be published later on.

Four years prior to his death, Kajii returned to his hometown in Osaka. In his final years, he spent much time at home trying to cure his illness with rest and medical treatment. However, his condition did not improve. It was clear later on to his loved ones that Kajii’s death was coming sooner or later. With his impending death looming over him, close friends of Kajii decided to publish his first book.

The book was entitled “Lemon”, after his successful piece from almost a decade ago. While the title of the book was derived from his short story, the book served as a collection of many short stories written within Motojiro Kajii’s lifetime. This project was spearheaded by Tatsuji Miyoshi and Ryuzo Yodono. Lemon was published in 1931, a year prior to his death.

In the early months of 1932, Kajii wrote a novel entitled “Nonki na kanja”.  The piece, which was also called "The Easygoing Patient", was a commissioned piece for the publication Chuokoron. This was the first piece he had published in the commercial magazine, and the last literary work he would publish prior to his death. On March of that same year, Kajii has succumbed to his illness. At the age of 31, he died from tuberculosis.

While his death from tuberculosis cut his life and writing career short at the age of 3, his legacy remained in the Japanese literary world. Plenty would say that twenty short stories are a small number for an author, and yet his life and work provides a big impact on Japanese society.

Kajii’s Literary Work: How It Fits Into Modern Day Japan

Kajii’s work sheds light on a Japan immersed in war - a defining and significant moment in Japanese history. It is a significant literary piece because it skillfully illustrates how modern Japanese society developed into what it is now. While the work is not exactly considered to be cynical like works of Sakunosuke and Sakaguchi, it still provides a context of the darkness which surrounded Japan during the start of the century.

His first pieces from the 20’s provided a general sense that Japan needed to reinvent its socio-political ideals. This was not only evident in Kajii’s work, but other writers and artists of his timer were also trying to interpret through their art how the transformation should happen. Throughout his writing career, Kajii drew inspiration from the artist movements happening around him to create a work of art that served as an invaluable indicator of a flawed culture.

His work sheds the perfect light on Japanese culture at the start of the twentieth century, how it is in crisis and in transition. While his work did not receive enough attention from the literary community while he was alive, Kajii’s writing began to garner the attention it deserved well after his death. The bold gesture by Yodono and Miyoshi to publish his work in 1932 paved way for his acclaim.

And while Kajii did not live long enough to see the fruits of his labor, the eponymous collection of stories he has written can be found in high school textbooks across Japan. Despite the inevitability of his premature death, Kajii never tried to avoid or escape is illness, but rather, he relentlessly pursued his passion for writing and investigated it use his suffering as a tool to transform his pieces into something poignant and beautiful.

The popularity of his writing in modern day Japan can be attested to the fact that his writing is both beautiful and informative. Earlier in the article, it has been described how Kajii’s writing reflected a certain grace of describing things. However, it is complemented by the spot on interpretation of Japanese culture.

Many literary scholars of today would argue that his illness strengthened his writing in a way that it reflected in his work. This is evident in the way he talked about his love of darkness. He uses modern cities to describe how days are flooded with lights day and night. In this instance, total darkness no longer exists in a person’s daily life. 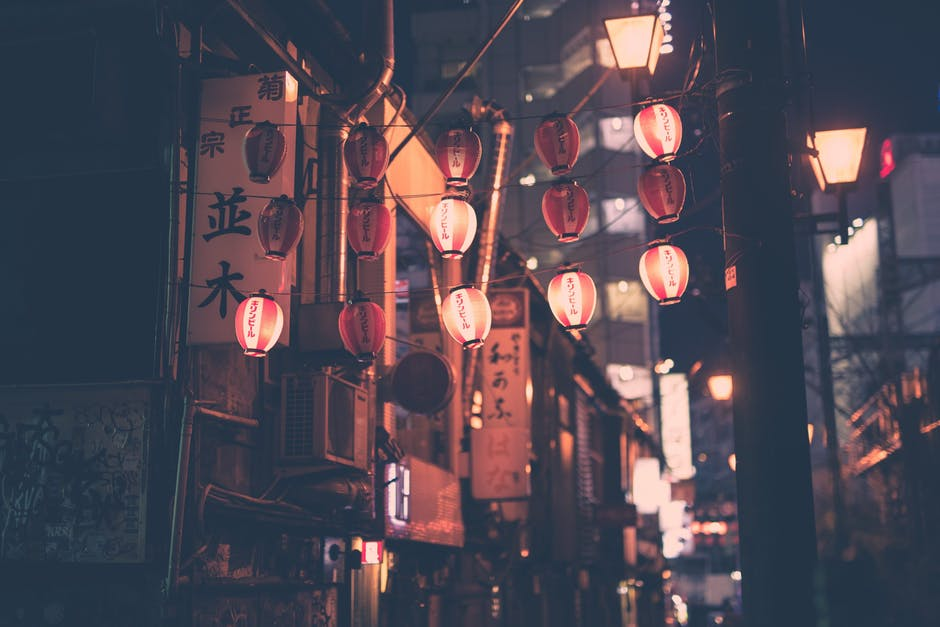 Kajii questions his readers’ fear of total darkness. He writes in his work that in exchange for a feeling of security, people tend to lose the opportunity to overcome the fear of the unknown and to find unparalleled beauty in the shadows produced by darkness.

Kajii’s writing, while extremely unique, has its pitfalls too - though they are only minor. His work uses an unusual and extremely poetic style of writing. This means that it does not follow traditional Japanese sentence construction that is easy to translate. As a consequence, none of his work has available direct translations in English - including Lemon which is widely studied in Japanese literature.