Ango Sakaguchi: The Writer Who Encapsulated Wartime in Japan

A Brief Introduction on Japan’s Emergence as a Military Power

Before Japan became one of the world’s richest nations as a powerhouse in technology, it had to go through tumultuous years at the start of the twentieth century. Winning against Russia in the Japanese-Russo war launched Japan as a major military power, has proven that they could compete with the West in terms of technology, discipline, strategy, and wartime tactics.

In 1914, Japan became part of the Allied Powers during World War I. As a result of this, Japan expanded territory and gained control of German colonies in the Asia Pacific area. Japan decided to further expand their power by gaining control of Chinese regions in the 1930’s. China attempted to fight back but the Japanese military superiority reigned supreme over a weak and demoralized Chinese Republican army. Eventually, China most of China fell into the hands of the Japanese.

In 1940, Japan swore allegiance to Germany, Italy, and Japan. The three nations became allies under the Tripartite Pact. This disrupted trade from west to east as Germany halted supplying the Chinese military with weapons. Meanwhile, the opposing forces from the United States stopped supplying aviation gasoline to Japan while the Japanese military invaded French colonies in Asia.

With the Japanese forces aggressively expanding all over Asia - Indochina, United States, Great Britain, and the Netherlands made a united front and imposed a ban on metal, steel, and gasoline export to Japan. This was announced in 1941, as, on July 22, 1941, an embargo on gasoline, while shipments of scrap metal, steel, and other materials had virtually ceased. On the other hand, the United States began to support China with resources.

In 1941, the whole world was shocked when the Japanese decided to attack  Pearl Harbor, one of the United States’ military bases. This move triggered the Second World War. The United States, United Kingdom, and many of the Allied countries declared war. The Japanese kept their aggressive front, having experienced great success at the start against Allied forces.

During the war, Japan was able to take hold of several Allied colonies in Southeast Asia, such as Thailand, Hong Kong, Malaya, Singapore, and the Philippines. The Japanese also decided to attack Burma where they launched major air and naval attacks against Australia’s fleet.

However, Japanese power declined from 1942 onwards when the Allied forces decided to turn the tables on the Japanese. By 1943, there were already plenty of casualties from the Japanese side. The United States’ forces have been attacking the Japanese aggressively, causing fatalities of thousands and thousands of soldiers. However, until the Japanese were not fully defeated, they still engaged in plenty of atrocities during the war. In particular, the Japanese were notorious for the mistreatment of prisoners of war and civilians. In fact, historians have written accounts that claim that the Japanese were responsible for the death of six million people in China alone.

It is important to note that after the war, it is widely perceived that the Japanese government has failed to acknowledge or, at the very least, take responsibility for the suffering caused by the Japanese forces during the war. In particular, Japanese school curriculums tend to leave out the portions of the war that paint the Japanese in a bad light. The Japanese were notorious for wanting to keep their societal image positive, whether it is coming from an insider or an outsider’s perspective.

Wartime in Japan has heightened the emotions of a lot of people. It did not particularly help that the government tried to oppress the sharing of ideas. Instead, the military government preferred that ideas shared would only portray Japan in an idealistic manner. Works of art that mirrored the darkness of reality that plagued Japan during the war were heavily discouraged, to the point of being banned. The military government’s attempts at suppressing negative notions caused more artists to defy their attempt at keeping an illusion of a perfect Japanese society. In particular, a band of writers who actively wrote in the 40’s was coined with the term “hooligan writers”. This article will be focusing on one of the writers who were considered as a hooligan during the war.
The writer in question is Ango Sakaguchi, who was a famous writer during the first half of the twentieth century. He was a Japanese novelist and essayist who was popular for his pen name. He rarely used his real name, which was Heigo Sakaguchi.

A Quick Background on Ango Sakaguchi’s Life: From Youth to Writer

Born in Niigata in the island of Northern Honshu, Ango Sakaguchi was a writer who belonged to the group of promising young Japanese writers during his time. His work was prominently influenced by the socio-economic status of Japan in the years following defeat in World War II.

His literary work explored eye-opening themes, which was the reason he was associated with the group called “hooligan writers”. Also called “Buraiha”, the group was comprised of young writers who expressed aimlessness and identity crisis  post-World War II Japan

Ango was born during the year of 1906. He came from a rather large family of 15, where he was the 12th out of 13 children. His youth was plagued with the emergence of Japan as a military power, which may be a factor on why his writing was heavily influenced by it.

Ango comes from a moderately prominent family in Niigata, where his father was the president of the local newspaper called Niigata Shimbum. At some point, Ango’s father was also a politician and a poet.

Having a father who was exposed in the literary world, Ango knew from an early age that he wanted to be a writer. This encouraged him to leave Niigata and move to Tokyo at a young age of 17. Another factor that affected this decision was the fact that he was kicked out from his school after hitting a teacher who had reprimanded him.

A year after moving to Tokyo, his father died from brain cancer. This forced Ango to work as a high school teacher since his father left the family in massive debt. He was forced to put his dreams of being a published author on pause at 20.
This period was an important time in Ango’s life as he did a lot of soul-searching. During this time, he found his spiritual path and became heavily involved in Buddhism. He even decided to go back to university so that he could major in Indian philosophy. His days at university shape him to be a very vocal person.

At the age of 25, Ango graduated from university. It was after his graduation that he decided to pursue his dream of being a writer again. His first published literary works received praise from established writers.
His formative years, from childhood to his career as an author, were always intertwined with Japan’s military expansion. When his literary career was starting, it was around the same time as Japan’s war with China. Hence, it comes as no surprise that his writing was affected by Japan’s wartime.
When he was 27, he met Yada Tsuseko, whom he would end up marrying one day. While Japan was engaged in the midst of the Second World War, his mother passed away. Later on, Yada Tsuseko and Ango Sakaguchi’s marriage would eventually fall apart - leading the pair to part ways.

It took Ango Sakaguchi years before he gained recognition as a writer. It was only in 1942 when he published a piece “A Personal View of Japanese Culture” when his name garnered popularity. His article was a success, but the piece that really stood out the most and truly made a mark in the literary world was his 1946 piece entitled “On Decadence”.
His last piece, prior to his untimely death, was published in 1947. The story was entitled 'Furenzoku satsujin jiken', which translated to “The Non-serial Murder Incident”. The title was apt since the story revolved around a murder mystery infused with themes of irony. In 1948, he received an award for the mystery genre for this very piece.

After separating with his first wife, Yada Tsuseko, Ango Sakaguchi once again found love and re-married his second wife, Michiyo Kaji. 1955 was a very memorable year for Ango Sakaguchi as he had his first child with Michiyo.

Unfortunately, in the same year when his first child was born, Ango unexpectedly passed away and left his family behind. The cause of his death was a brain aneurysm, which came as a surprise as he was not sick prior to the attack. He passed away in Gunma prefecture, where he was residing with his family.

The impact of Ango Sakaguchi’s piece in 1946 was so powerful that even decades later the literary piece still remains to be a popular reading for many Japanese. His most famous essay was titled "Darakuron", and this translates to “Discourse on Decadence”. However, often times, this piece is also referred to simply by the title “Decadence”.
So what is the story behind Drakuron, and why did it make such a big impact in Japanese society? The answer is simple: it provides a powerful view of Japanese culture during the war. To understand this fully, it is important to take note of a major point raised at the beginning of the article. The militaristic Japanese government wanted to keep an illusion of an ideal society despite the chaos that was happening in and out of Japan. 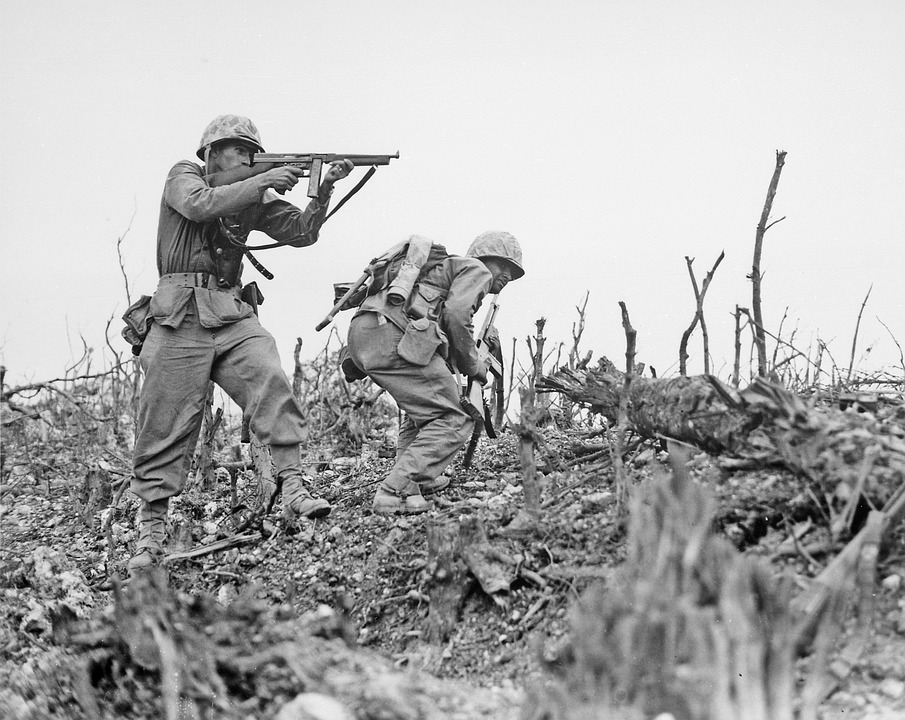 Discourse on Decadence is interesting because Ango tries to shatter the glass of illusion built by the government, and yet he describes postwar Japan to be something decadent. The illusions, on the other hand, are driven by the Japanese culture of “bushido”, which is rooted in the Japanese culture from many centuries ago.

The term “bushido” has been synonymous with the concept of “chivalry” which was prevalent in medieval European knights. Similar to chivalry, bushido represents the many codes of honor and ideals that the samurai lived by. It served as a guide on moral values that must be given importance as a samurai such as sincerity, frugality, loyalty, martial arts mastery, and honor until death.

The literary piece tackles the reality of humanity, and how it is driven by a major force - politics. As the postwar piece was published right after Japan’s surrender, there was an underlying cynical tone that described the state of Japanese society.
However, despite the cynicism injected into his writing, Ango’s piece provides an air of hope. He talks about failure, whether as a person or as a society, paves way for the creation of something new and beautiful.