Commuting in Japan: A Comprehensive Guide On The Japanese Transportation System

Commuting is a vital aspect of Japanese life. At an average, a person in Japan who goes to work everyday spends a total of 1 hour and 19 minutes a day commuting. This recent study shows that on an average, a single trip would take up 39.5 minutes. However, it is important to note that Japan is a large country that is massively interconnected by public transportation. Hence, the average commute time is also driven by where the respondents live and where the destination is.

How Commuting is Embedded in the Daily Life of the Japanese

Tokyo, being the heart and soul of modern Japan has the highest concentration of offices. Due to the high foot traffic going to the greater Tokyo area, it was found that workers traveling to greater Tokyo experience the longest daily round-trip commute time. The travel time to and from Tokyo is computed to be at almost 2 hours daily, coming in at 1 hour 42 minutes to be exact.

Meanwhile, individuals residing in the Greater Osaka area experience a longer commute of 1 hour and 26 minutes. This is much higher due to the large density of population residing in Osaka. On the contrary, residents from cities with populations that are smaller than 300,000 spend around an hour and 9 minutes daily traveling to and from work.

The demographics of commuting in Japan is also interesting. There is a variance in the average commuting time between men and women, with men commuting daily at an average of 1 hour and 27 minutes, while women spend only 1 hour and 8 minutes at an average. It was found that the reason for this phenomenon is due to more women working part-time positions in offices or workplaces closer to homes. 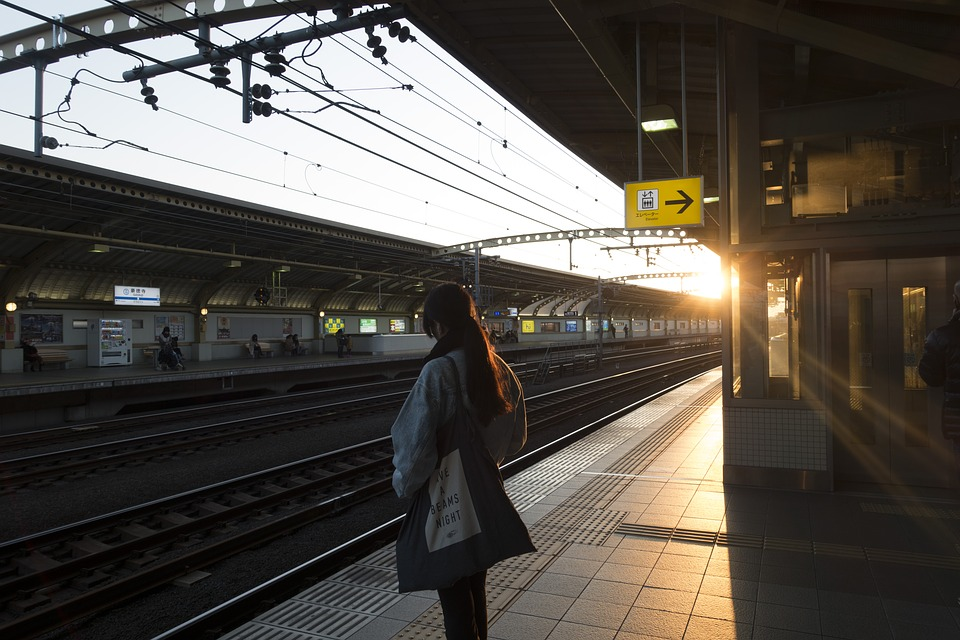 Assuming that there are 250 working days per year, the statistics provided above would mean that an average person in Japan spends almost 14 days in one whole year commuting. Workers traveling to and from the greater Tokyo area are a bit less fortunate, having to spend almost 18 days worth of commute for one whole year.

Japan is truly a wonderful country. From the rich beautiful scenery to the most decadent food, there is no doubt that the country has so much to offer.  Yet another field where the Japanese compete well vs other super nations is transportation infrastructure. Thanks to one of the most advanced train systems in the world, almost the entirety of Japan is connected via train.
Having said that, the whole country (with the exception of Okinawa) can be reached by train. For faster means of travel, there is also the faster (albeit more costly) option of taking the bullet train. There are also other means of transportation such as highway buses traversing from one point to the other such as Tokyo to Osaka.

The bullet train (also popularly known as the shinkansen) has been around since 1964. It is truly astounding how Japan became the first country to have a bullet train, and to this day continues to set a high bullet train standards for the rest of the world. The only downside to riding the shinkansen is that it is quite costly. However, for individuals who are not constrained financially, it remains to be the preferred way to get around Japan since it covers all of Japan - from Sapporo in the North to Kagoshima in the South. 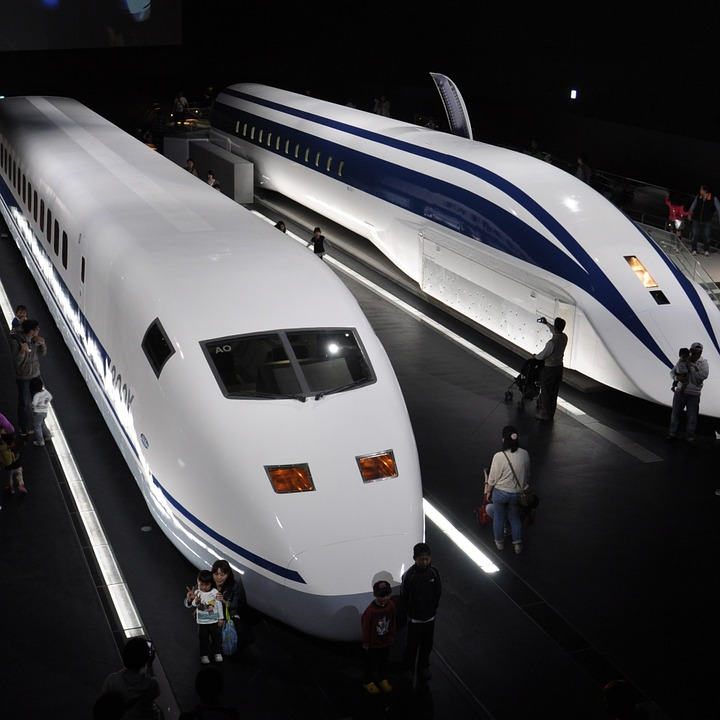 The high level of excellence in public transport is not just limited to trains, bus systems in Japan that travel within and inter-city are also world class. Their bus system is efficiently planned out that despite the presence of more modernized options (such as the Shinkansen), taking a bus still remains to be a popular option for locals when traveling between cities and cross-country itself. The reason why a lot of people still opt to ride buses is due to the more affordable rates that they offer compared to trains.

While traveling within a city, another excellent way to get around is through the subway system. Like the other previously mentioned methods of commuting in Japan - the subway system is also efficiently designed to provide ease of moving from one location to another. Major cities in Japan all have subway systems.

Subway lines are extremely abundant in Japan, with varying sizes depending on the city. Of course, being the capital of Japan, Tokyo has the biggest subway system in all of Japan. This is necessary to accommodate the high density of people going to and from Tokyo on a daily basis. Another complex subway system is Osaka, which caters to a large number of people residing in the area. Meanwhile, examples of more simplified subway systems can be found in Kyoto and Yokohama.

Subway systems can be found in Japan’s largest and densely populated cities have municipal subways. Despite having a robust subway line, there are still limitations within Japan’s subway system. These lines are limited only through same municipalities. Hence, one may have the need to transfer to a different line (which can be more costly) when commuting through the subway.

Unfortunately, there is no express or fast express alternative to the subway. Subsequently, each station on the tram line can be somewhat long. Besides that, the other drawback is that subway charges are constantly more costly than regular trains. A single trip costing 310 yen through the subway which would only cost 160 yen through the regular train lines.

Nevertheless, rail scope is good to the point that commuters will only find the need from time to time to utilize the city transport. However, it is comforting for commuters to know that it is there if necessary.

For inter-prefecture travel, transport organizations offer absurdly low costs for 'overnight' transport trips between far-flung areas. A well-loved route is the Osaka – Tokyo Midnight Bus. Since this is a frequently traveled route, travel organizations charge the fare at a meager amount of 3500 yen.

Of course, comfort does come with a price. Unlike luxury options such as the Shinkansen, the midnight bus does not offer the same comfortable experience. More notable, their legroom is smaller and the seats are not as spacious. The seats are so small that there is an additional charge for bigger seats. Unfortunately, for those who are not able to shoulder the cost, a rather uncomfortable and uneasy 7-hour ride awaits. 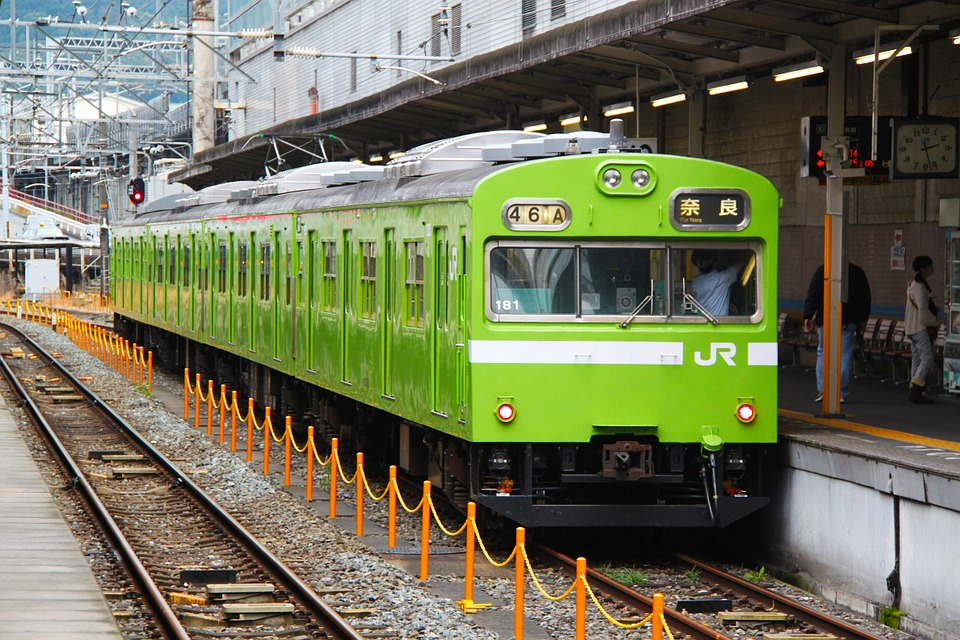 Due to the long haul travel, midnight transports ordinarily enjoy a fifteen-moment reprieve for the restroom at regular intervals. Commuters are highly encouraged to take the bathroom break, with the driver making it a point to wake up napping riders by reporting the break on the transport PA. The main upside about the restroom breaks is that it provides an opportunity not just to use the restroom, but to purchase food, snacks, magazines, and so on.

The next mode of commute is one that is not as popular compared to the ones mentioned previously - taxis. It is, in fact, the most costly method to get around town. A single mile alone can cost as much as $20 USD or 2,000 Yen.

Foreigners may also want to avoid taxis when commuting in Japan. Since directions and locations must be communicated, the language barrier serves as a major hindrance. Cab drivers do not communicate in English. However, those who are decided on taking a cab should be prepared by having the location written on a piece of paper in Japanese. Lastly, a major advantage that taxis have is the accessibility. When commuting in Japan, one would discover that taxis are present at almost any Japan, sitting tight at the exit for passengers.

How to Be an Expert Commuter in Japan

In Japan, riding the train isn't the least expensive method for transport. However, it is undoubtedly helpful for getting around. Commuting is such a big part of Japanese everyday life that one must master how to commute in order to efficiently move from one location to the other. Despite possible challenges towards the start, daily commuters will undoubtedly get the hang of it in time.

In order to truly master the art of commuting, one will require experience. However, experience aside, there are also a couple of things that one must get acclimated to while commuting in order to survive.

It is a fact that most train systems are controlled by the Japan Railway (JR) organization. However, some railroads, particularly in different districts, are controlled by privately owned businesses. Railroad trains, as a general rule, cover longer courses and serve most rural zones in Japan. Otherwise, as mentioned in the earlier part of the article, an alternative is to take the metro trains for distances not secured by railroad trains.

For example, when commuting in Tokyo, the train railways are controlled by Tokyo Metro and the Toei Subway. It is worth noting that a solitary company more often than not runs different train lines with fixed ticket costs. This is one thing that commuters must always remember.

On the off chance that one has to transfer to a different line operated by an alternate company, odds are this would incur additional expenses for the ticket. Regardless of whether to take the railroad or the metro is really a matter of which one is more advantageous, considering efficiency and comfort.

Getting an IC Card is the best method to always have spare cash for transportation costs. It is best to pick up one of the rechargeable prepaid cards as they can help utilize time by having the fare prepared beforehand. However, getting an IC Card is not as simple. Like Japan’s very complex transportation system, Japan has 10 famous IC cards including Suica (which is the IC card by JR trains), and Pasmo (which is the IC card of Tokyo's railroad, metro and other companies aside from JR. These cards can be used in all trains and metros in the vast majority of Japan's urban areas. These IC cards are helpful to use, as it will require the commuters to only touch the card onto the stations' ticket doors, and the toll will be deducted naturally.

Those who do not want to invest in an IC Card has the option of buying a regular train ticket beforehand. By knowing which train line to take earlier on, purchasing a train ticket (or locally known as kippu) is rather simple. It would only require one to remember that not all tickets work in all of the lines by various railroad or metro organizations. Hence, when buying a ticket, commuters must try to utilize the correct ticket machine. 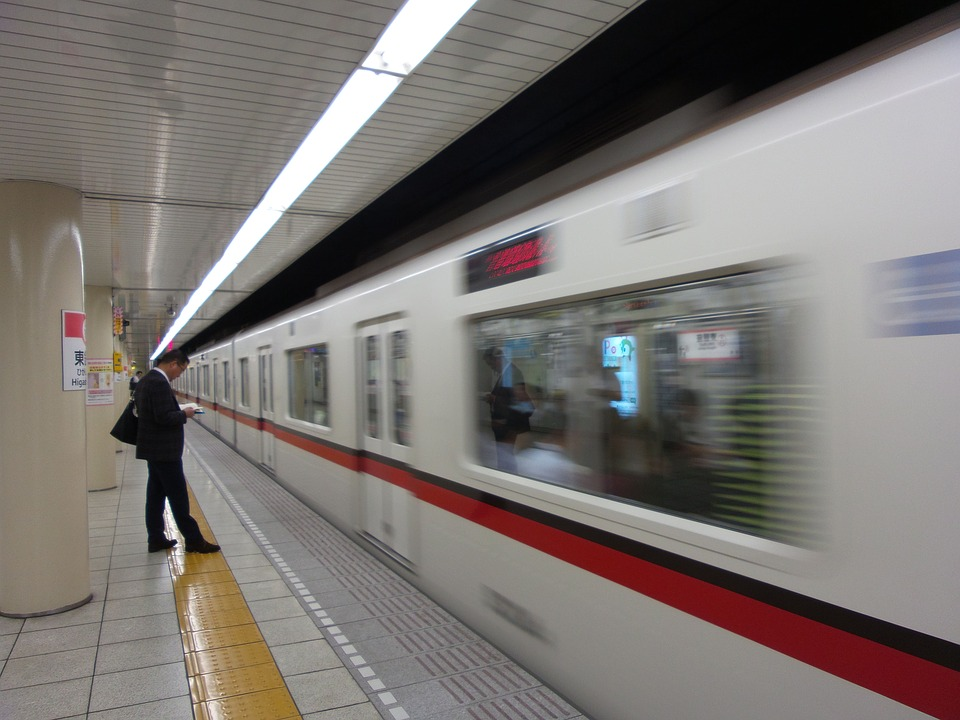 Like any other country, Japan is also burdened by the high foot traffic in public transportation due to rush hours. Despite the very advanced transport system, taking the train from 6:30 AM to 8:00 AM, and from 5:30 PM to 8:00 PM can prove to be burdensome. One must keep in mind that 70 percent of the populace are taking the trains to get to work during this time. While usual work hours are covered by that period of commute, if one can avoid taking the train during these hours, it would prove to be a much easier commute.

Awesome Places to Enjoy A Hot Onsen In Tokyo

Sawao Kato and His Fantastic Gymnastics

Oshima; The Name, Places, and Islands

All About Geta Sandals