Everything to Know About Chopsticks in Japan

History and Types of Japanese Chopsticks

Chopsticks are essentially sticks of equal length used in pairs. Almost all of East Asia has used chopsticks for more than two millennia. It was first invented by the Chinese under the Zhou Dynasty. After some time, the use of chopsticks spread to other countries as well. These countries include Japan, Vietnam, Laos, Malaysia, Singapore, Korea, Cambodia, Nepal, Myanmar, and Thailand.

Chopsticks are usually tapered as well as smooth. It is typically made of bamboo, wood, plastic, or stainless steel. However, there are also chopsticks that are made from special materials such as titanium, silver, jade, gold, porcelain, and ivory. Using one’s dominant hand, chopsticks re held between the thumb and fingers. The two sticks are used to pick up pieces of food.

The reason why they were used as such during this time was that chopsticks were seen as more friendly to be used with lacquerware compared to other eating utensils that were sharp. However, the usage of chopsticks was still not common at the time. It only became the norm during the Ming Dynasty, when people began to use chopsticks for both eating and serving food.

Today, several Asian countries use chopsticks as their everyday eating utensils. The design of chopsticks varies based on the country. In Japan, it is common for most chopsticks to have circumferential grooves at the bottom end. These grooves were made in order to aid in the prevention of food slipping from the chopsticks. Most chopsticks in Japan are also generally pointed and sharp.

Japanese chopsticks are customarily made of either bamboo or wood. They are also commonly lacquered. These designs were first made and used during the Yayoi Era, which was about 2,000 years ago. Known as “muribashi” in Japanese, lacquered chopsticks have different varieties based on where they are made. Different types of lacquers are also utilized to gloss Japanese chopsticks.

The city of Obama located in Fukui Prefecture is known as the primary producer of Japanese traditional chopsticks. The chopsticks they make come in various colors with a natural lacquer coating. These chopsticks are also customarily decorated with mother-of-pearl sourced from abalones. To make sure that the chopsticks last a long time, they are also made with eggshells that provide them a waterproof shield.

Another type of Japanese chopsticks is known as Edo Kibashi. The craftspeople of Tokyo have been making this type of chopsticks since the Taisho period, which was about a hundred years ago. Planed by hand, these chopsticks are made using wood of high grade. This includes ebony, ironwood, maple, red sandalwood, and Japanese box-trees. They also come in different shapes, namely, pentagonal, octagonal, and hexagonal, which make them easy to hold.

The tips of these chopsticks are also rounded. They are designed that way to avoid damaging the bowl or the dish. On the other hand, chopsticks used for cooking are called ryoribashi. As for chopsticks used to transfer food to the serving plate or bowl, they are known as saibashi.

How to Properly Use Japanese Chopsticks for Beginners 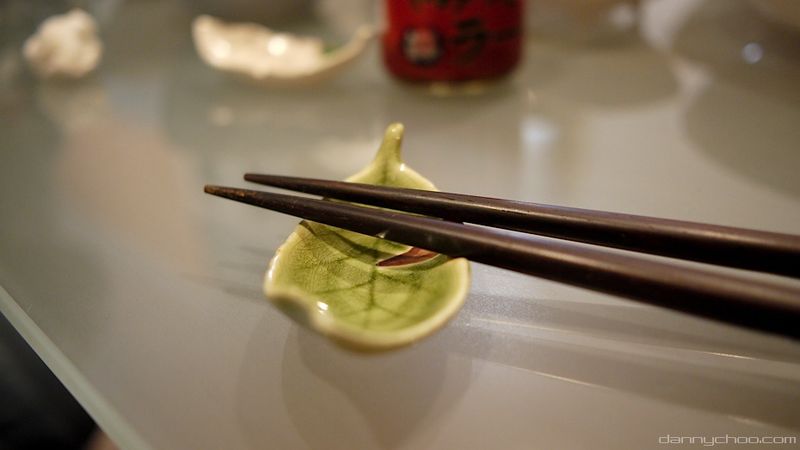 It might seem a little bit hard to learn how to properly use chopsticks for the first time. However, if one would be visiting or staying in Japan, the regular spoon and fork might not always be available. Hence, it would be best to learn how to use Japanese chopsticks.

It is common to lift spoons and forks when using them as eating utensils. Instead of leaning towards the plate, spoons and forks are used to get the food from the dish to the mouth. However, with chopsticks, it is common to lift the bowl towards one’s face when eating. This is especially true when one is eating a bowl of rice. Just ensure that food is not shoveled into the mouth.

This action helps in making sure that less or no rice grains would fall once the rice is lifted from the bowl. Because the bowl is lifted towards the mouth, any rice grains that would fall will most likely fall back into the bowl. Do not use one’s freehand to catch any food that falls from the chopsticks instead of the bowl. This may be viewed as bad manners by some people.

Japanese Etiquette: The Do’s and Don’t’s in Using Chopsticks 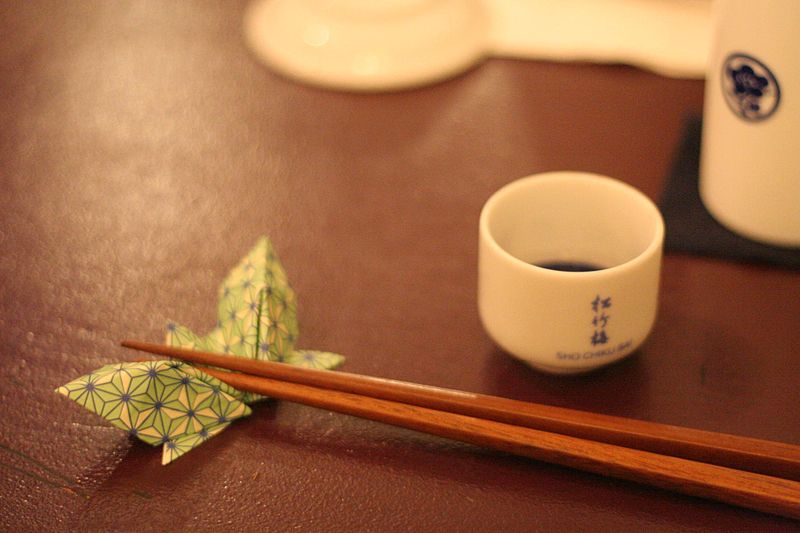 Aside from learning how to properly hold and use Japanese chopsticks, one must also learn chopsticks etiquette. One of the most important lessons when using chopsticks in Japan is to never put chopsticks into a bowl and let it stand vertically. This is considered disrespectful, as the action is usually done in funerals when offering food to the deceased. Doing this during meals is also considered to bring bad luck.

Another taboo in Japanese chopsticks etiquette is using one’s own chopsticks to pass food and letting the receiver use their own chopsticks to take the food. Similar to the previous lesson mentioned, this action is also related to funerals wherein chopsticks are used to pass the bone fragments of the dead from one person to another. Place the food on the other person’s bowl to transfer food instead.

It is also rude to stab food using chopsticks. They are not meant to be used as a weapon or as a skewer. Chopsticks should always be used in pairs and utilized to grasp and hold pieces of food. While it is okay to share food, using one’s own chopsticks to get food from a shared dish is considered rude as well as unhygienic. Some people use the supplied or service chopsticks that came along with the dish or use the thicker end of the chopsticks to get food from the shared dish, as the thicker end has not touched the lips.

However, the alternative of using the thicker end is not exactly common practice as well. This is because the thicker end has been held by hands, which are not necessarily clean. Hence, to solve this problem, simply ask for an extra pair of chopsticks specifically for the use of the shared dish.

Some of the Best Pairs of Chopsticks Made in Japan 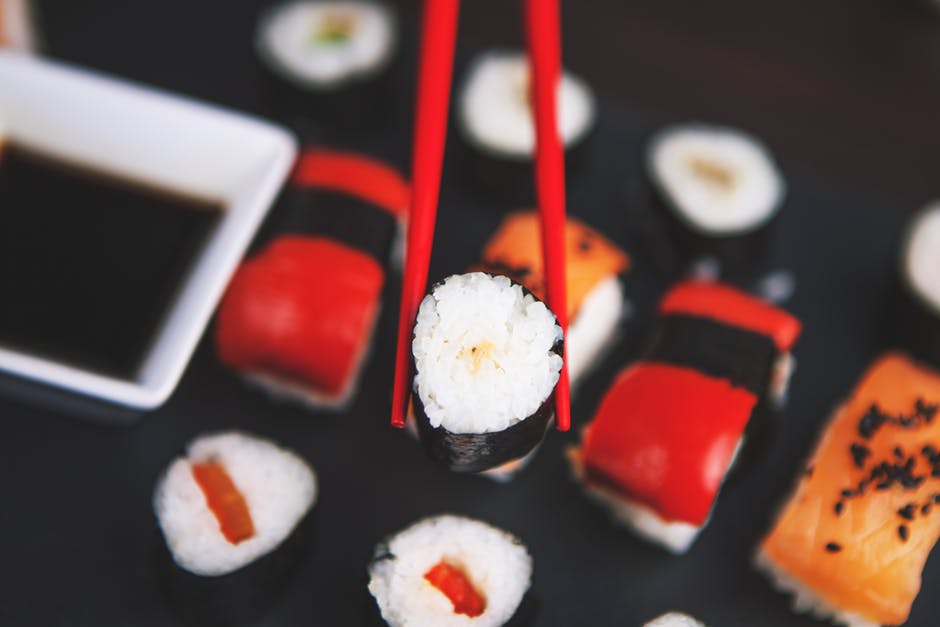 Not only are these chopsticks made from organic materials, but they are also considered easy to clean and store. They are sold in a gift box designed decoratively. The chopsticks are decorated with white flowers on the tips, making them look elegant and delicate. These chopsticks are not only practical but also eloquent in terms of design.

Another great pair of chopsticks made in Japan is the Japanese Natural Wood Chopstick Set Reusable Classic Style from Youmi. Consisting of five pairs of chopsticks, this gift set is perfect for the whole family as well as for small dinner parties. Similar to the first set mentioned, these chopsticks are also free of any toxic materials.

Made from jujube wood, these chopsticks are also considerably easier to clean as well as to polish. Not only are these chopsticks durable, but they are also varnished with eco-friendly food grade lacquer. This is for the prevention against staining as well as breaking in any sort of way. The chopsticks in this gift set are also decorated with painted gold flowers found at the base. The set comes with an organizational box where the utensils can be kept and stored.

Last but certainly not the least, another great pair of Japanese chopsticks is the Japanese Black Chopsticks Set with Case – Crane Design Black from Happy Sales. These chopsticks are lacquered black to protect from wear and tear. They also sport a nice glossy finish for that overall polished look.

Aside from its aesthetics, this pair of chopsticks is also perfect for traveling due to its size. In addition, it also comes in a plastic cased decorated beautifully. The case can easily be packed in a bag and serves as a protection for the chopsticks.

Japanese chopsticks are truly a great representation of its history, culture, and heritage. Until today, chopsticks remain to be useful in the everyday lives of the Japanese people. Learning how to use chopsticks and the etiquette that surrounds it will truly be helpful when one visits Japan.